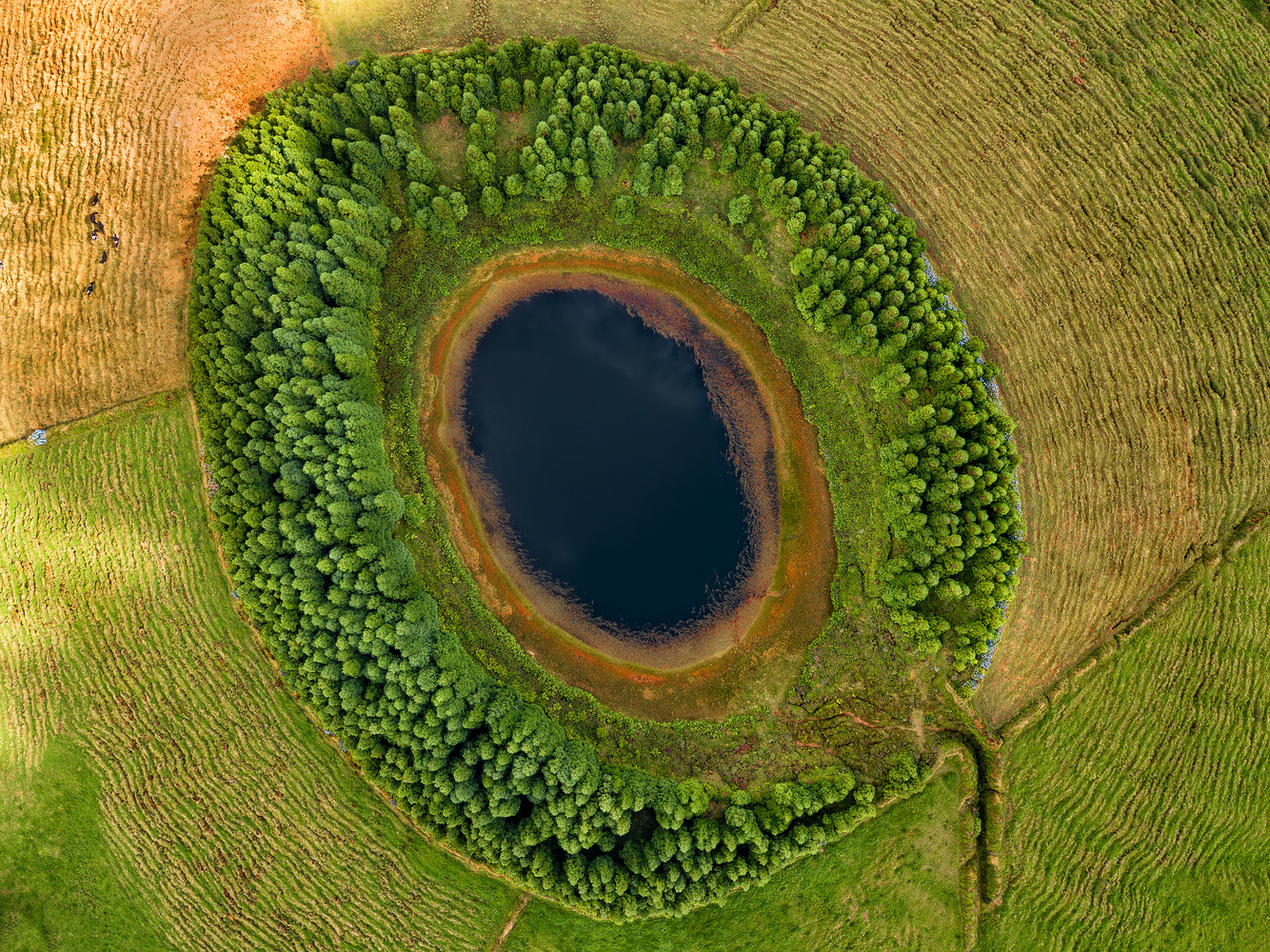 Aerial image captured by drone on São Miguel Island, Azores, Portugal.
Pau Pique Lagoon is a small pond formed in a volcanic crater on a hill where cows graze freely on their hills. The aerial view of this landscape was fantastic, I chose this angle to get a spiral from the group of cows to the small path, through the circular lines formed by the several circles that the lagoon forms.
Equipment: DJI Mavic Pro 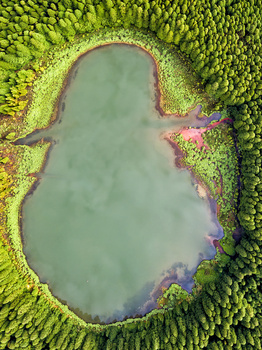 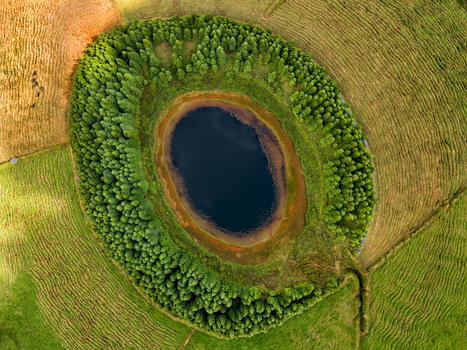 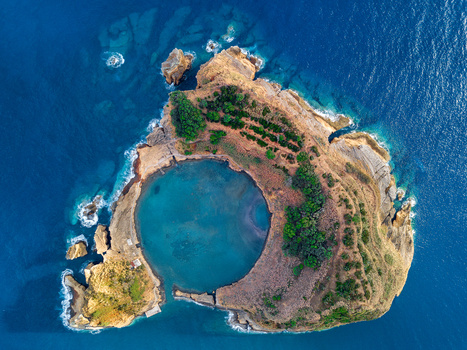