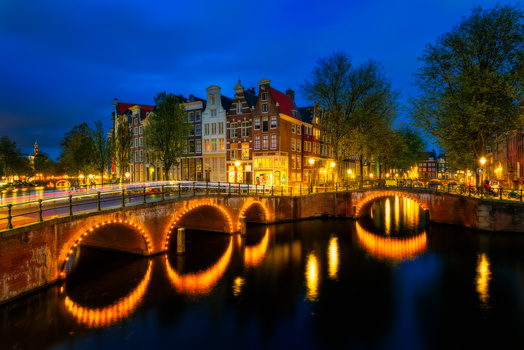 Keizersgracht is the name of one of the main canals in the capital of the Netherlands and in my opinion, is one of the most picturesque places to view.
Keizersgracht or the “Emperor’s Canal” was named after Emperor Maximilian of Austria. The picturesque effect is likely due to it being the widest canal, which is in the middle of three main canals crossing Amsterdam centre. Wandering around and observing the lights of the bridge turned on during the blue hour is amazing.

More about this image here: https://sumfinity.com/hdr-photos/netherlands/amsterdam/keizersgracht/