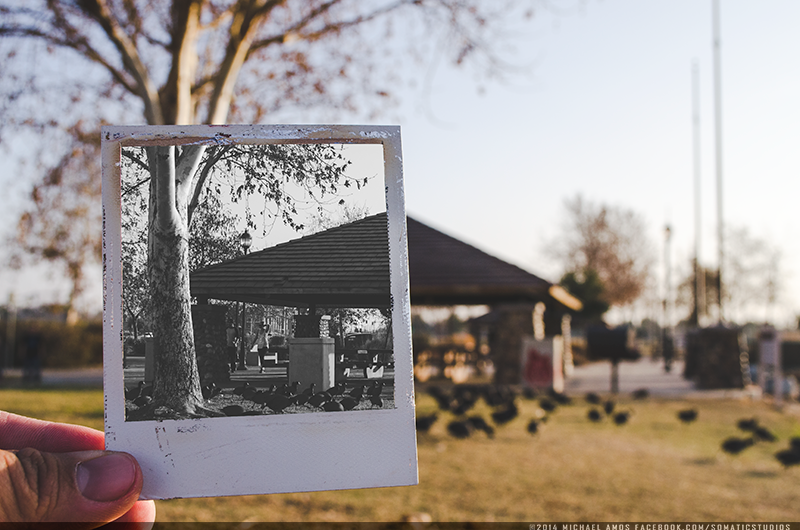 A personal project that was inspired by an assignment in my university days around 2006-2007. It's an image composite consisting at minimum 2 images using a tripod. One image is taken of the background in focus and the second is of your framing device in focus. At first I thought of somehow making the framing device just float in the photo but having my hand still in the photo gives the viewer a connection to the image as if they were holding the focused photo themselves. More photos of this technique and a little more information about it can be found in my flickr album: https://www.flickr.com/photos/somaxkun/sets/72157640323632275/