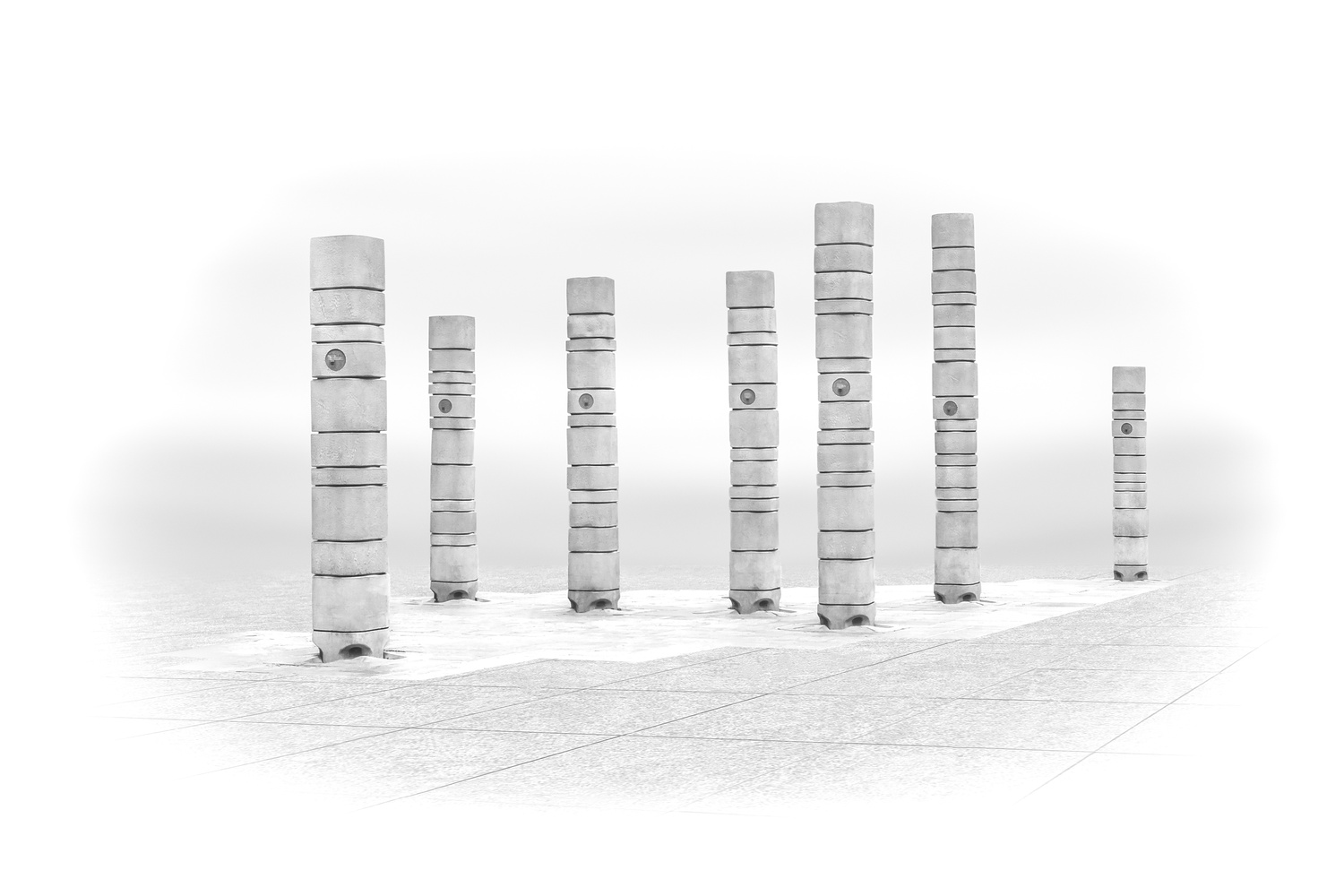 Concept:
Artistic background blur and discoloration make it possible to separate the main object from the oversaturated background and focus the viewer's attention on the object itself.
Annotation:
Sculptural composition "Seven hills Vladivostok"
Each object of the group corresponds to one of the seven highest hills of Vladivostok. The height of the objects, as well as the distances between the objects, are proportional to the actual heights and distances.
A sign with its name, relief, height above sea level and a QR code is mounted in each of the “hills”.
In addition, in each pillar there is a speaker with which you can hear the sounds recorded on each of the hills of the city.
Architectural project of the Vladivostok workshop "Concrete Jungle"