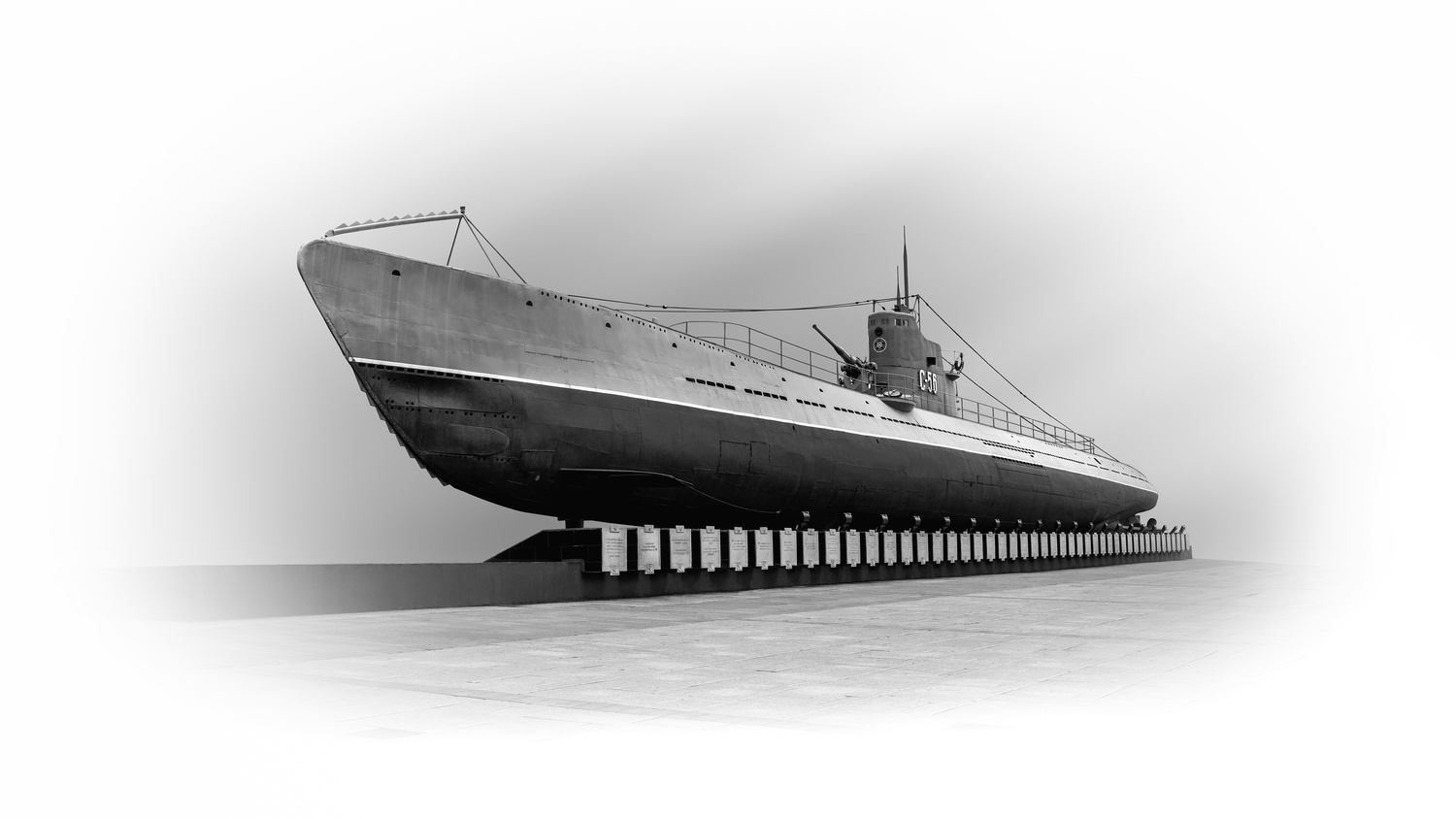 Concept:
Artistic background blur and discoloration make it possible to separate the main object from the oversaturated background and focus the viewer's attention on the object itself.
Annotation:
S-56 (Medium) - Soviet diesel-electric torpedo submarine from the time of World War II of the IX-bis series.
During the war years, the C-56 made 8 combat trips, made 13 attacks with the release of 30 torpedoes, sinking 4 ships (2 warships and 2 vehicles) and damaging one. Over 3 thousand depth charges were dropped on the submarine.
Was awarded the Order of the Red Banner for military service and was awarded the Guards rank.
During World War II, C-56 was declared 19 times dead.
After World War II, she continued service in the Northern Fleet and became the first of the Soviet submarines to make a world tour.
May 9, 1975, on the day of the 30th anniversary of the Victory, was established as a ship-museum on the Korabelnaya embankment of the city of Vladivostok.
Included in the general ensemble of the Glory Memorial of the Pacific Fleet.