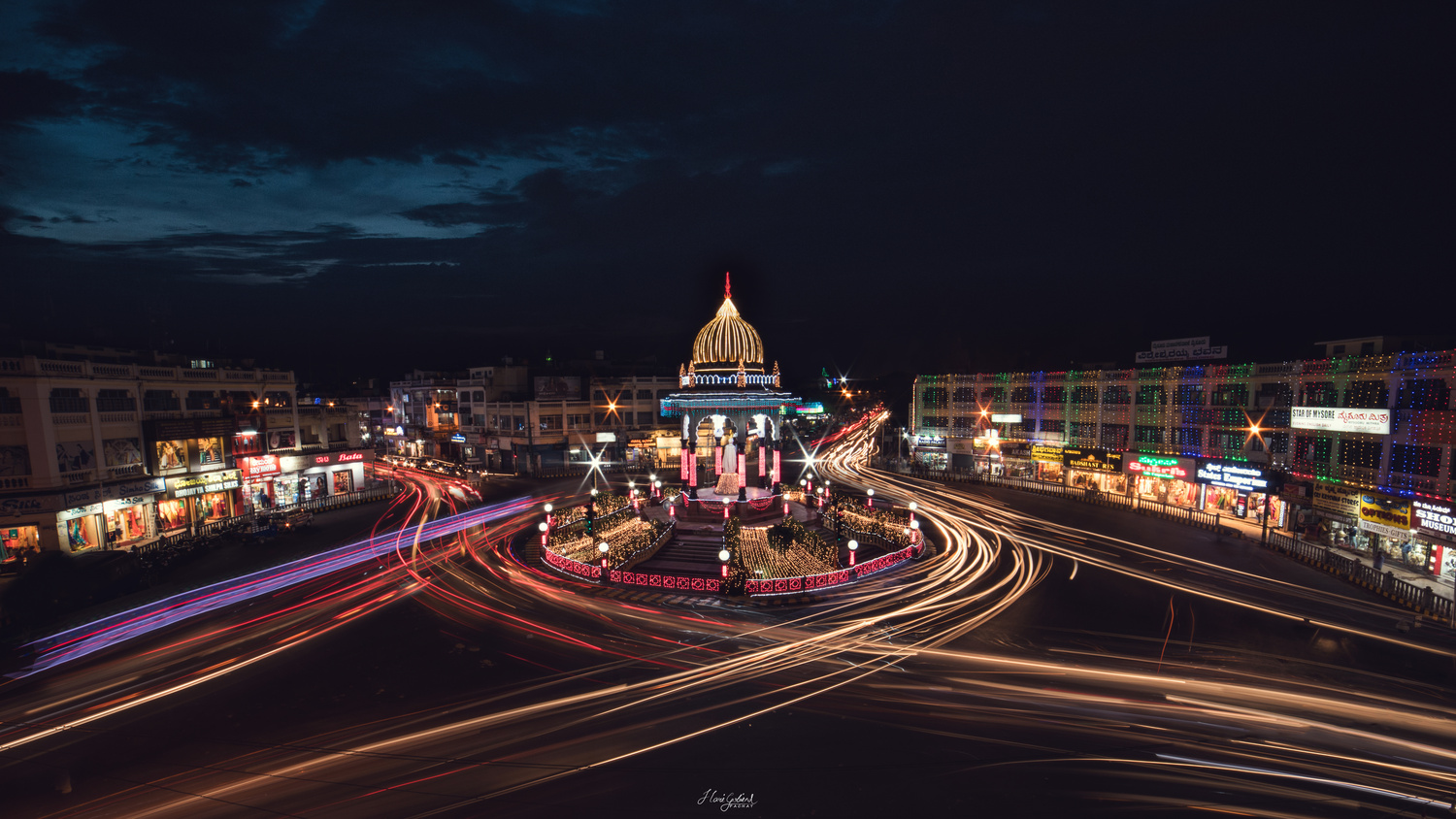 The lights that keep the city alive

This was shot during the festival of Dasara when the whole Mysore city of Karnataka will be lit up by LED lights. This photo was captured on a building nearby capturing the light trails of the busy night. This was shot on a 14mm ultra wide angle lens on Canon 5D Mark 4. More than 4 photos were shot to create light trails going in 4 different direction