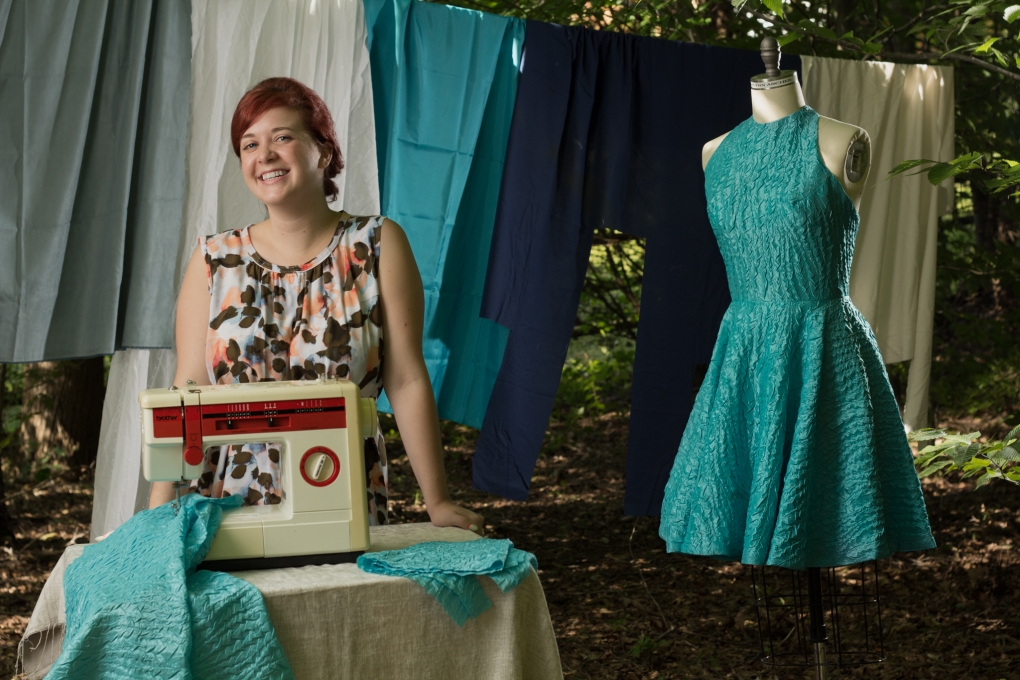 Portrait of a Designer

My designer friend got picked to be showcased in a fashion show in September, so she came to me asking for a portrait she could send them since we have worked together before. She said the photo was supposed to show their personality and passion.

We weren't able to actually meet up until the day of the shoot, so we tossed ideas back and forth until we decided on the general concept of having it outdoors (which was apparently a requirement for the photo) and draping different fabrics behind her while she stood at a sewing station with a garment being finished next to her. Why not make the photo showcase what she loves to do?

The day of the shoot, I had to get there a bit early so we could pick out which dress she would show, as well as what fabrics to drape behind her. After pulling together what I could before the shoot time actually started, I gathered it all up and started setting up.

Once my assistants got there, we strung up the cord, hung the fabrics, placed the table and dressed it, brought out the dress form, ran the lights and set it all up in under 30 minutes. This was about twice the amount of time it took to actually get the photo and her approval before tearing all our hard work down that we had to strain to set up so quickly.