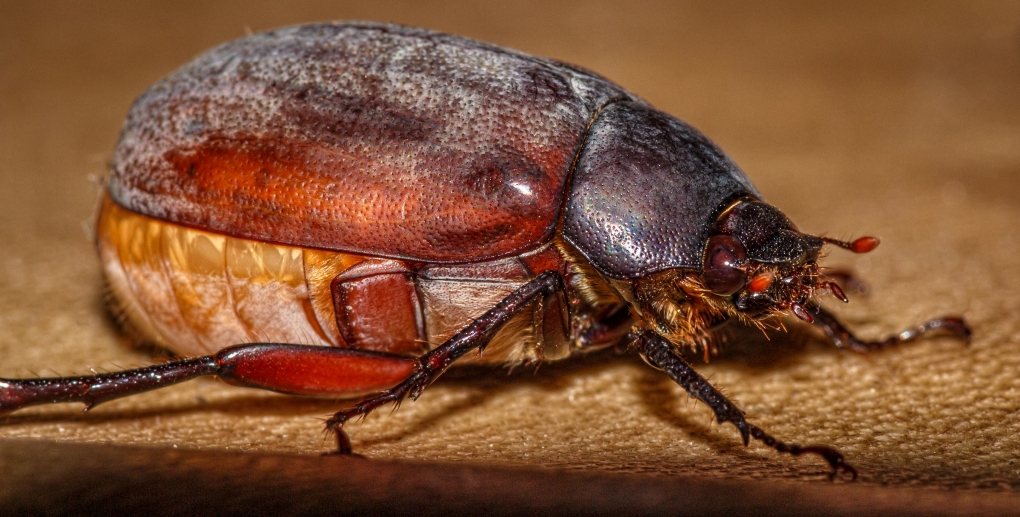 Eupatorus gracilicornis, the five-horned rhinoceros beetle, is a beetle that has four large horns on the prothorax and one extra-long cephalic horn. Rhinoceros beetles, the Dynastinae, are a subfamily of the scarab beetle family (Scarabaeidae). They are also known as Hercules beetles, unicorn beetles, or horn beetles. There are over 300 described species of these beetles, best known for their bizarre shapes and large size.

This one is a female