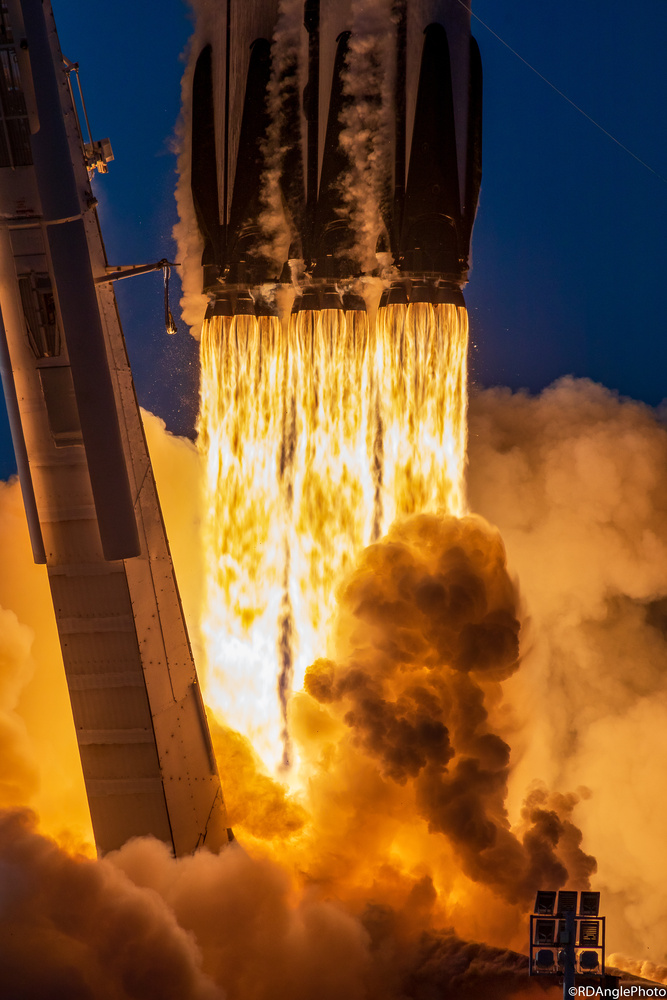 A sound activated camera placed on Launch Pad 39A at Kennedy Space Center captures the raw power of the SpaceX Falcon Heavy as it lifts off on its first operational mission. The two side boosters will be reused on the next mission! It is incredibly amazing to place cameras around the launch pads. It can be pretty challenging as sometimes the lens element will be covered in dew, even with heaters or there could be days before you see the camera again. This one worked and when exposed for the insane brightness of the engines it can produce a striking visual of the power behind 27 rocket engines.

Holy shit this is so sick