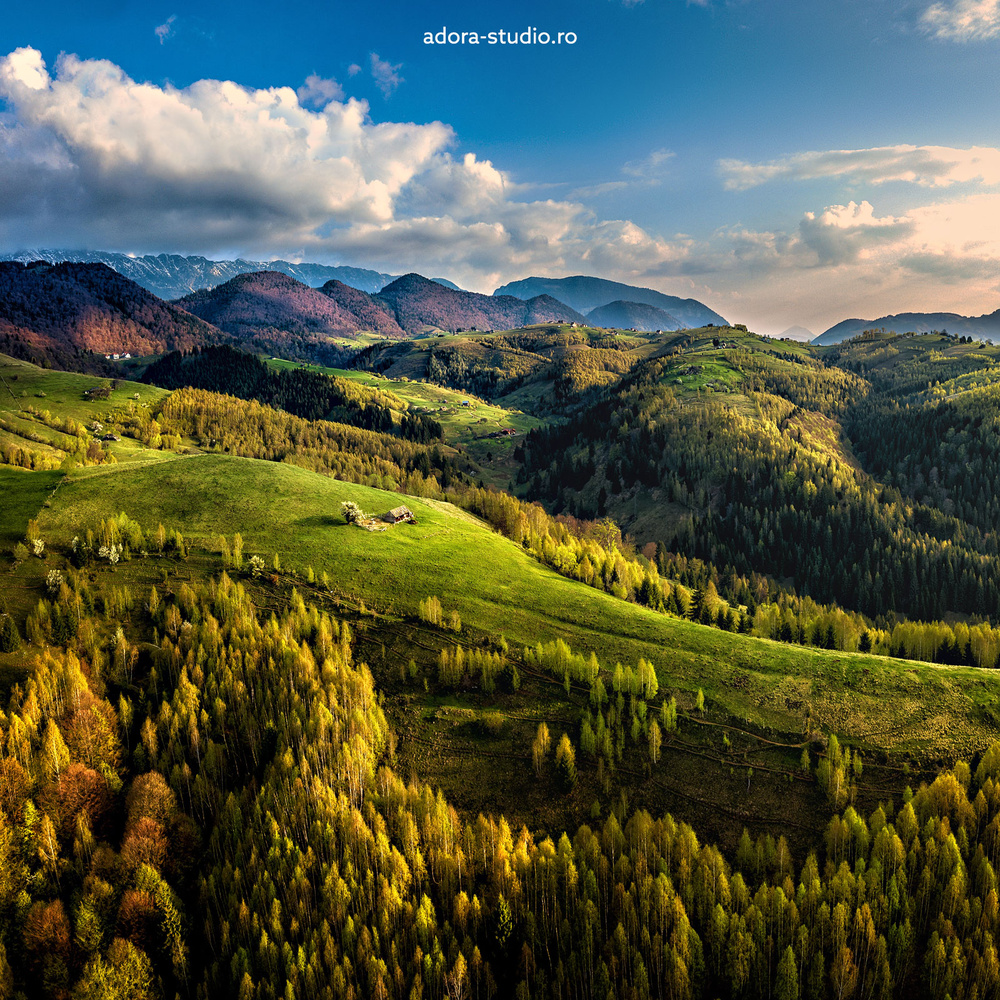 After an epic light just before sunrise followed by an hour of heavy clouds finnaly the sun appeared again over the hills. I spotted this small isolated cottage on a hill slope from far away. Shot some tele stuff with my 70-200mm and then fired up the drone to try ang get some aerial shots. But the sun just went back behind the clouds. I hovered at that spot for 20 minutes for the light to come back. i had just enough battery to bring it back after i took exactly 2 shots. This is one of them.