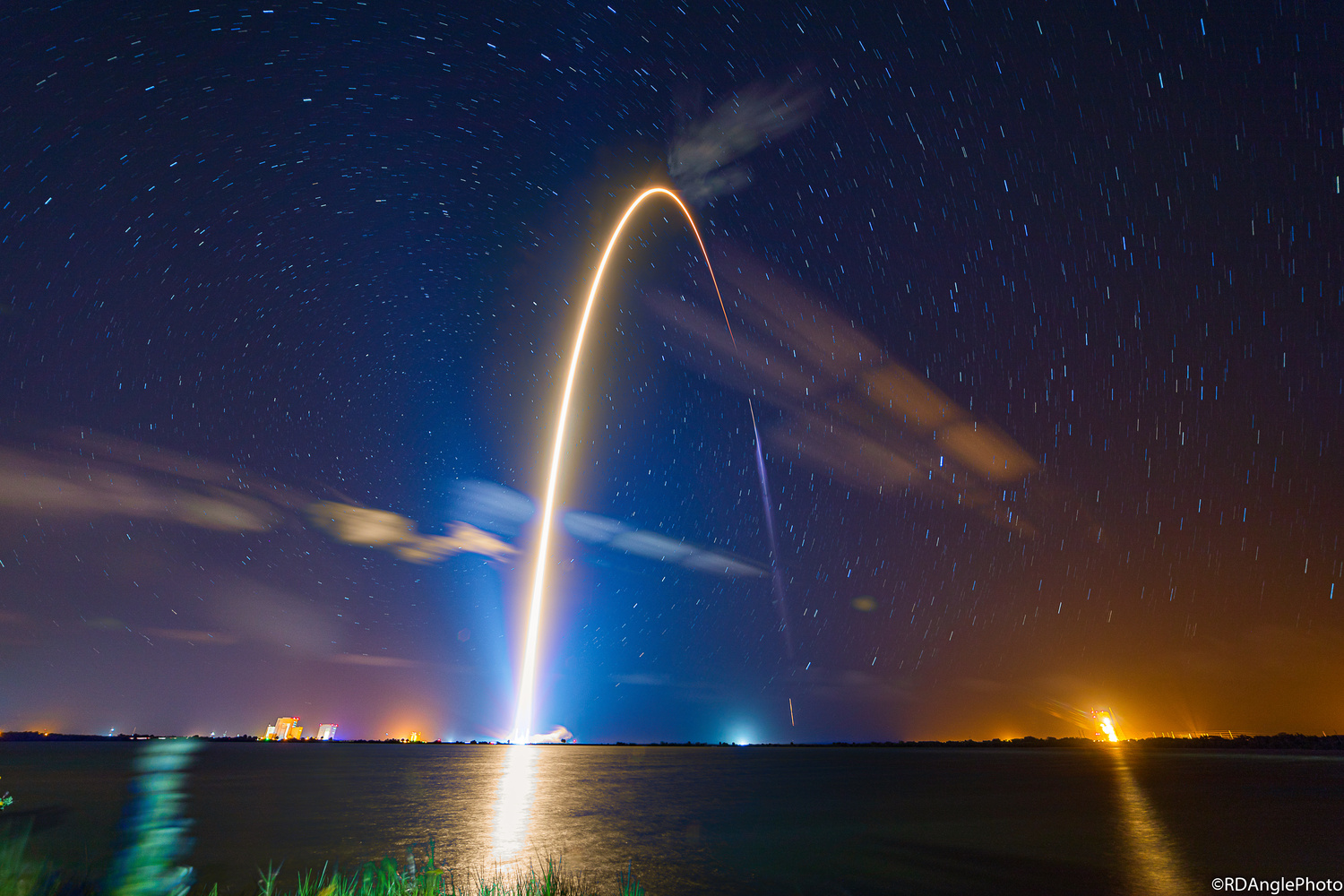 After a few delays we were back out on Cape Canaveral Air Force Station awaiting the SpaceX Starlink launch that is aimed to bring low cost internet to a vast majority of the planet and also annoy any astrophotographer alive. The launch was spectacular and I was able to capture everything from the main launch, second stage and even the first stage in its entry burn phase on its way to a successful landing on the droneship stationed in the Atlantic Ocean.