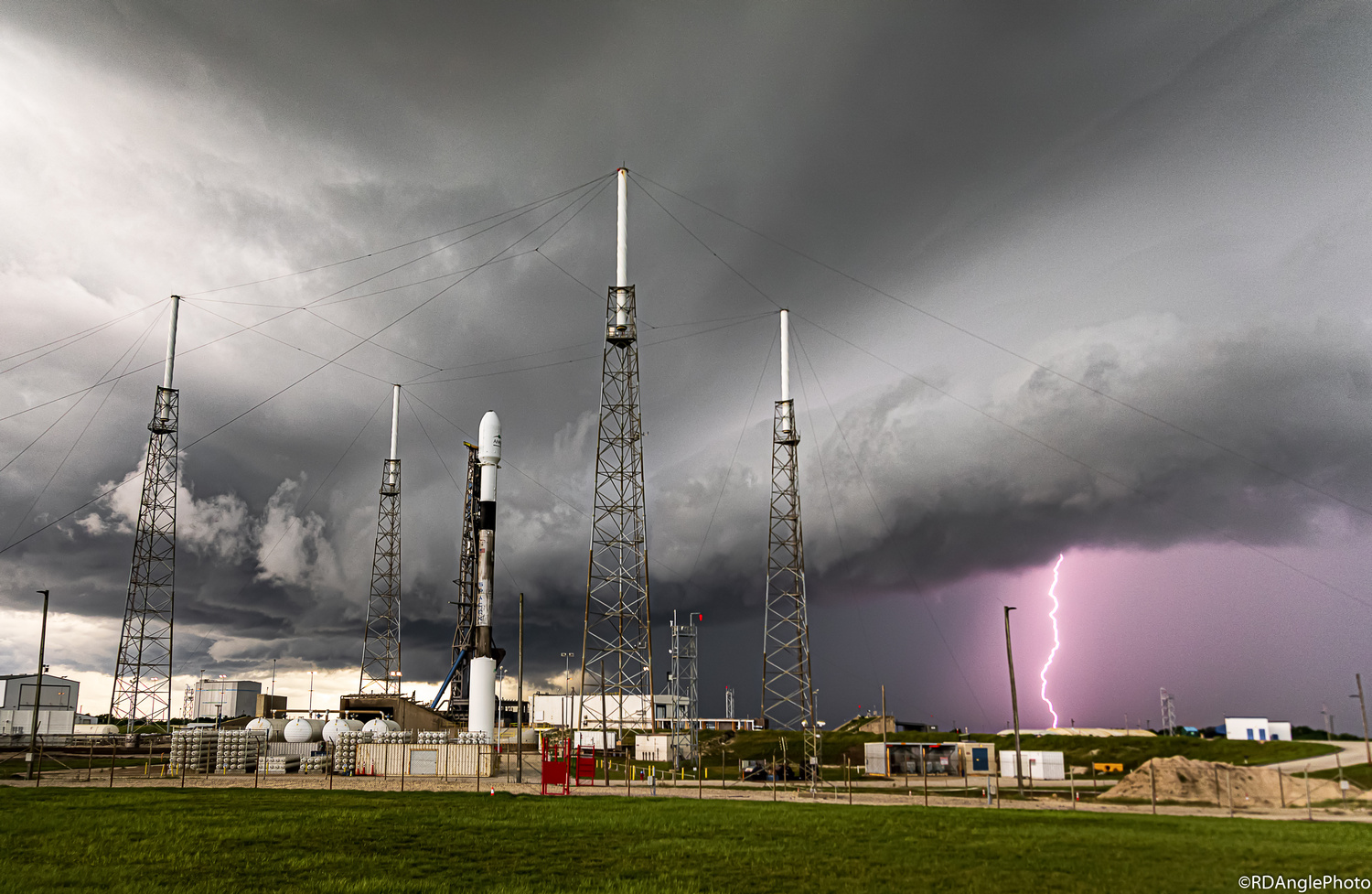 This was an absolute awesome photo to capture while sitting on a bus waiting a storm out to try and set up remote cameras on Launch Pad 41 as the Falcon 9 patiently waited for its eventual lift off. This caused a bit of drama on social media. My goal is always to try and capture something unique and let it tell the story, never thought it would cause an issue like that asking for a little credit. It's in the past now but the picture remains. The Falcon 9 would eventually launch and complete it's mission of delivering the Amos-17 satellite to orbit.