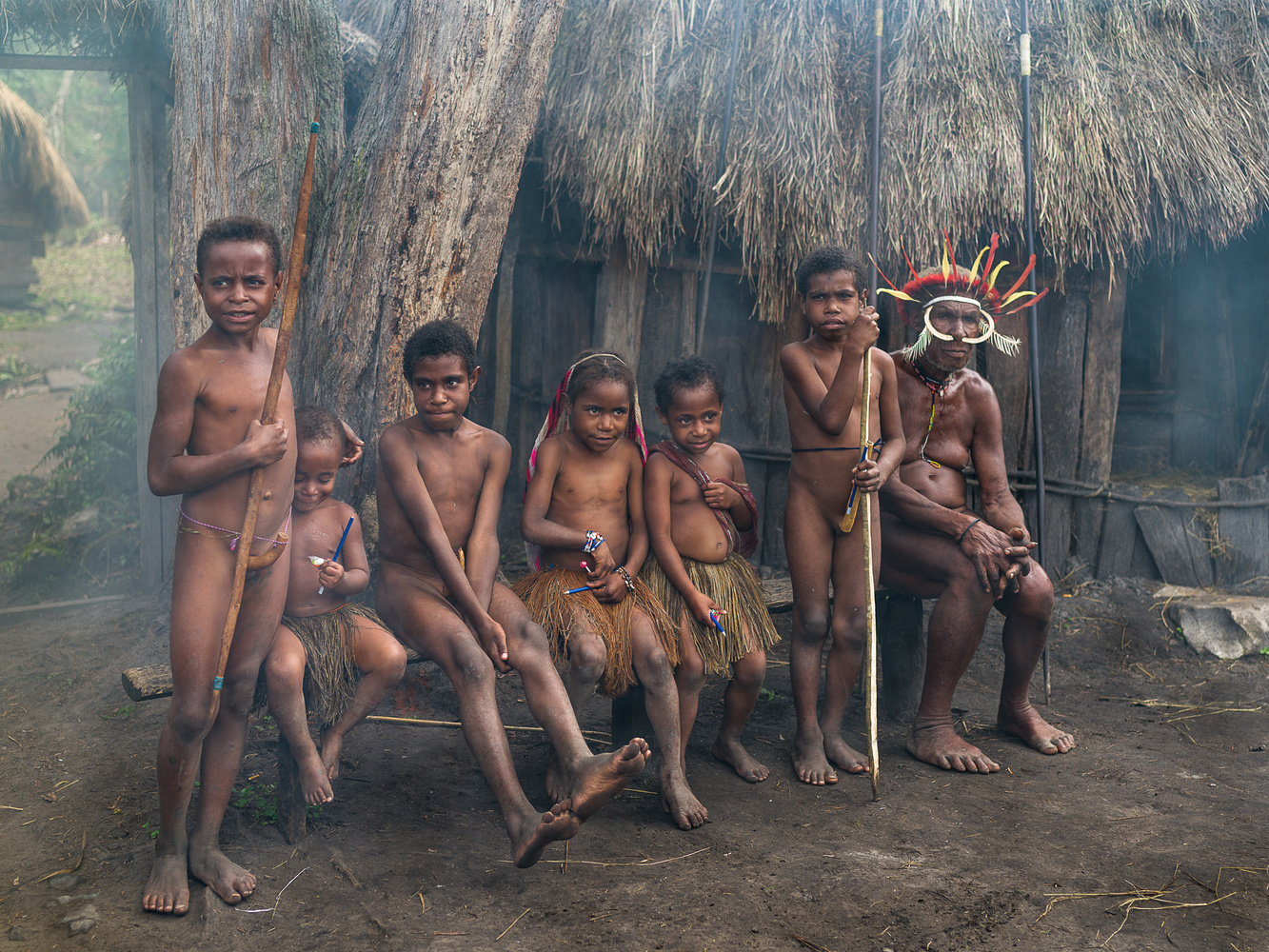 A Dani tribe elder and kids of Obia Village, Papua Indonesia. The smoke in the ambience is from a nearby fire that is heading up stones to be used for cooking later on. Traditionally, boys and men wear a penis guard (named koteka). In modern times, the use of koteka is usually during festivals and ceremonies.

The image was mainly lit by natural light. A single softbox was used (camera left) to fill some shadows and for catchlight in eyes.