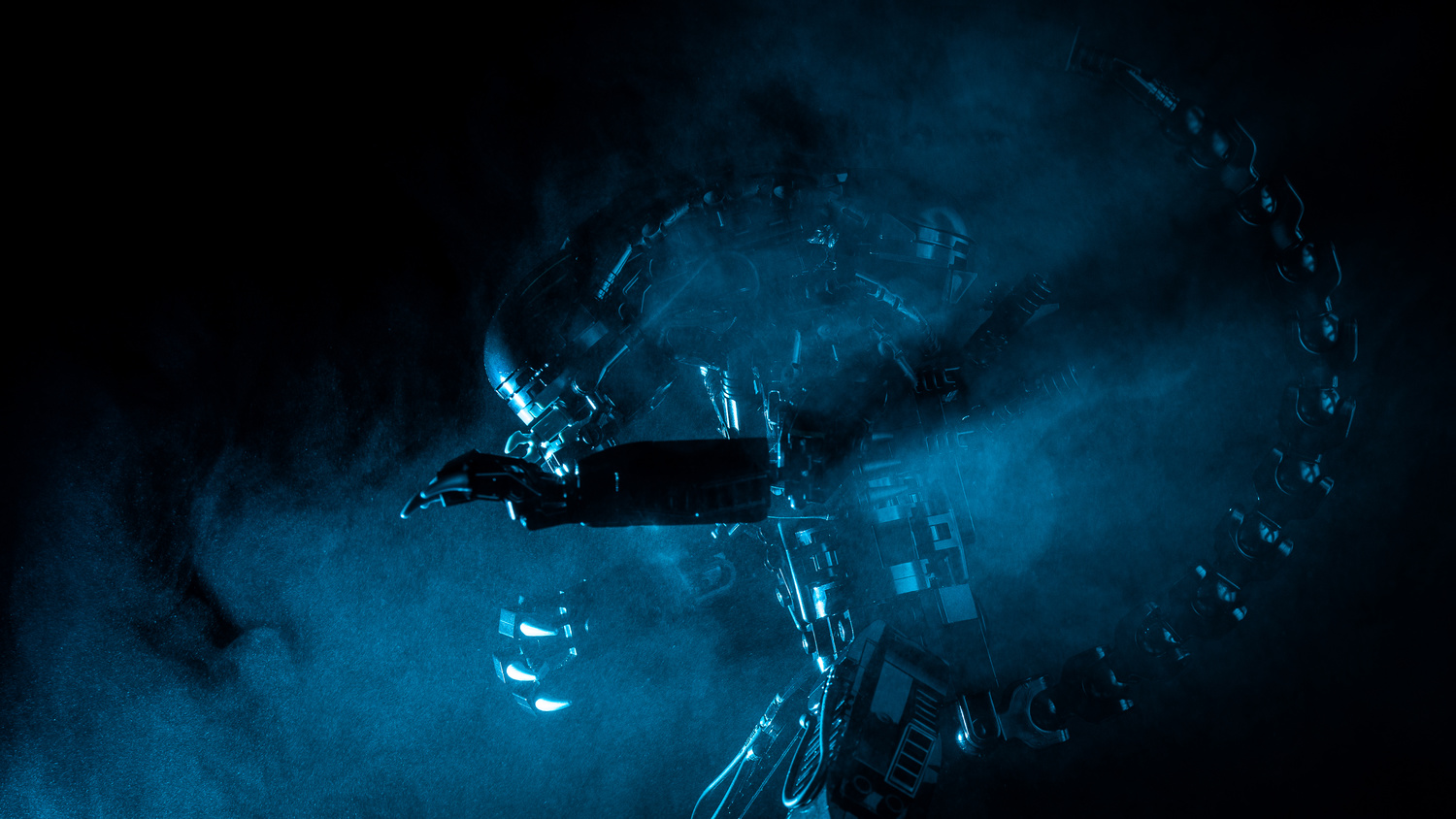 The Alien (also known as Xenomorph or Internecivus raptus) is a fictional endoparasitoid extraterrestrial species that is the eponymous antagonist of the Alien film series. The Alien design is credited to Swiss surrealist and artist H. R. Giger, originating in a lithograph titled Necronom IV and refined for the series's first film, Alien.