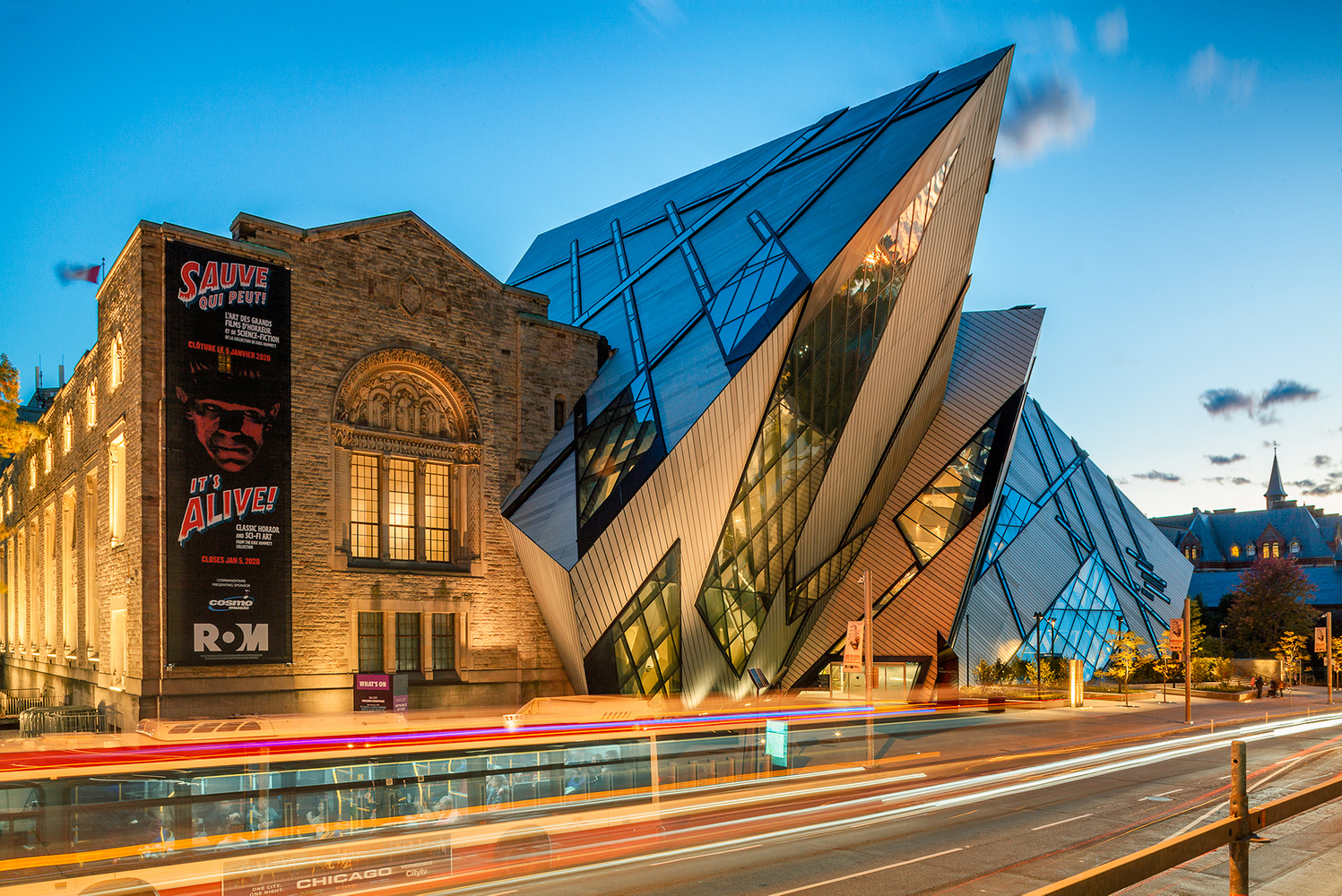 This was taken from on top of scaffolding that was installed over the sidewalk on the opposite side of the street as the museum. The camera was connected to a remote shutter and a cam ranger. A neutral density filter was used to get the light streaks from the vehicles and the shutter was triggered from the street. Wireless speedlights were used to light some shadowed areas of the building.

The ROM is the largest museum in Canada and attracts more than one million visitors per year. 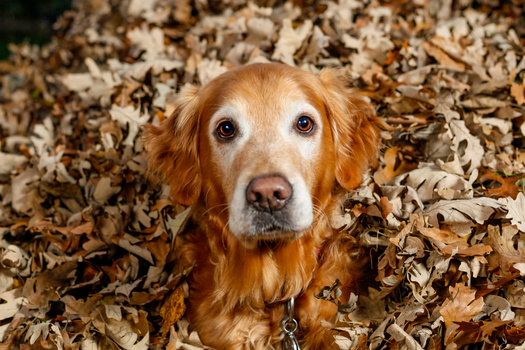 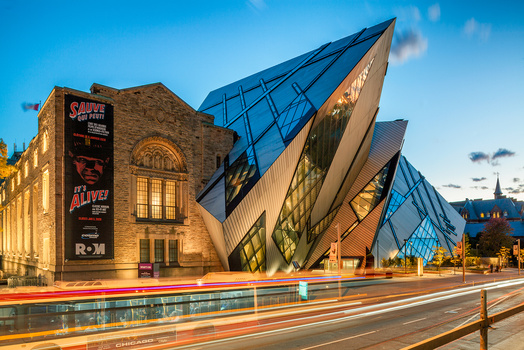 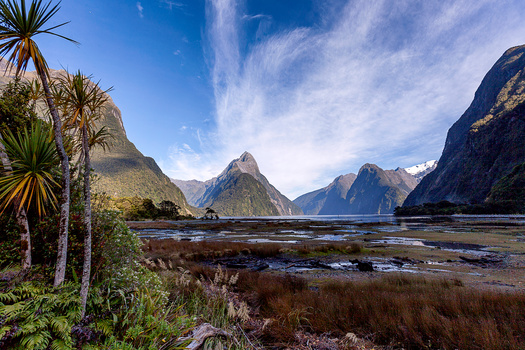 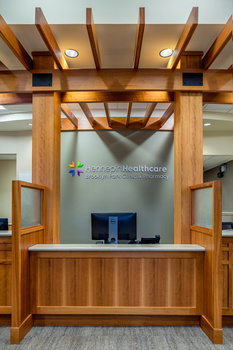 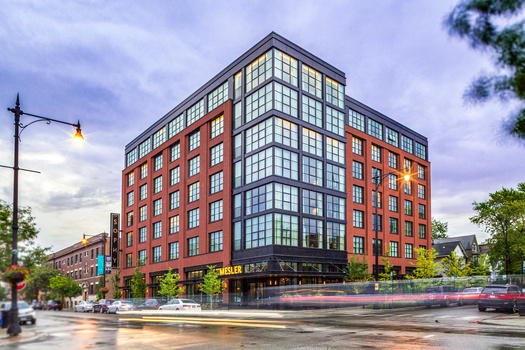 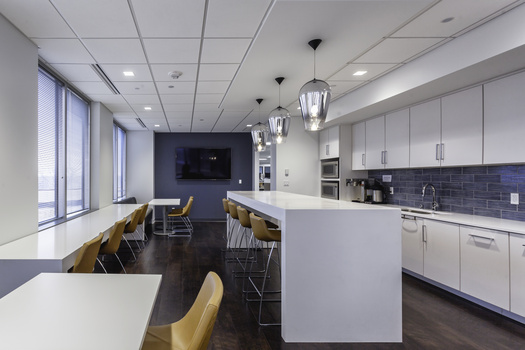 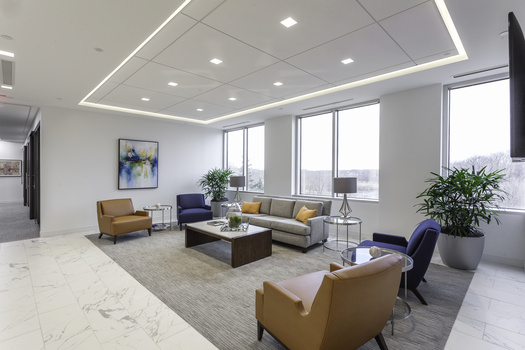 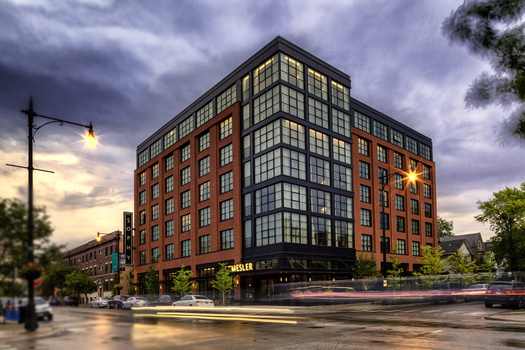 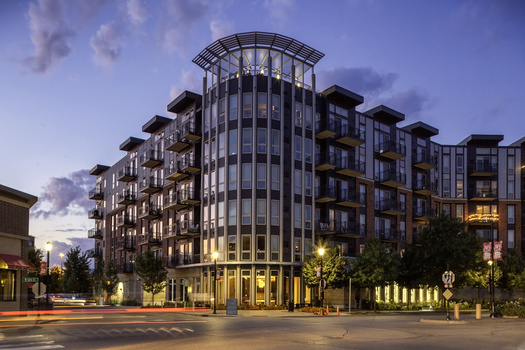 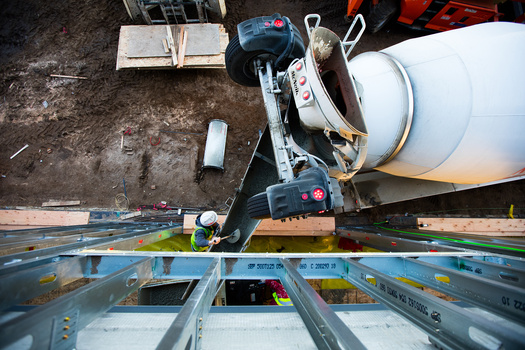 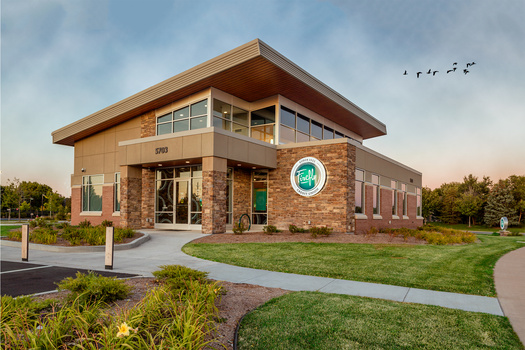 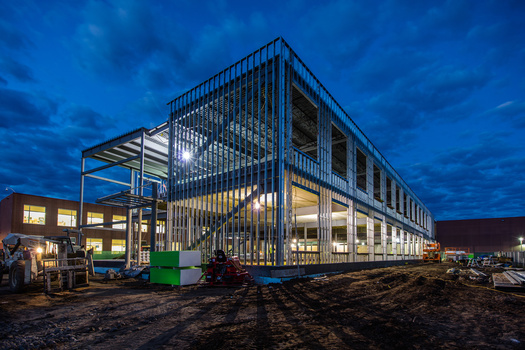 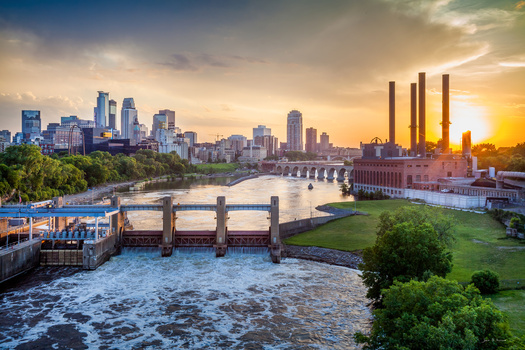