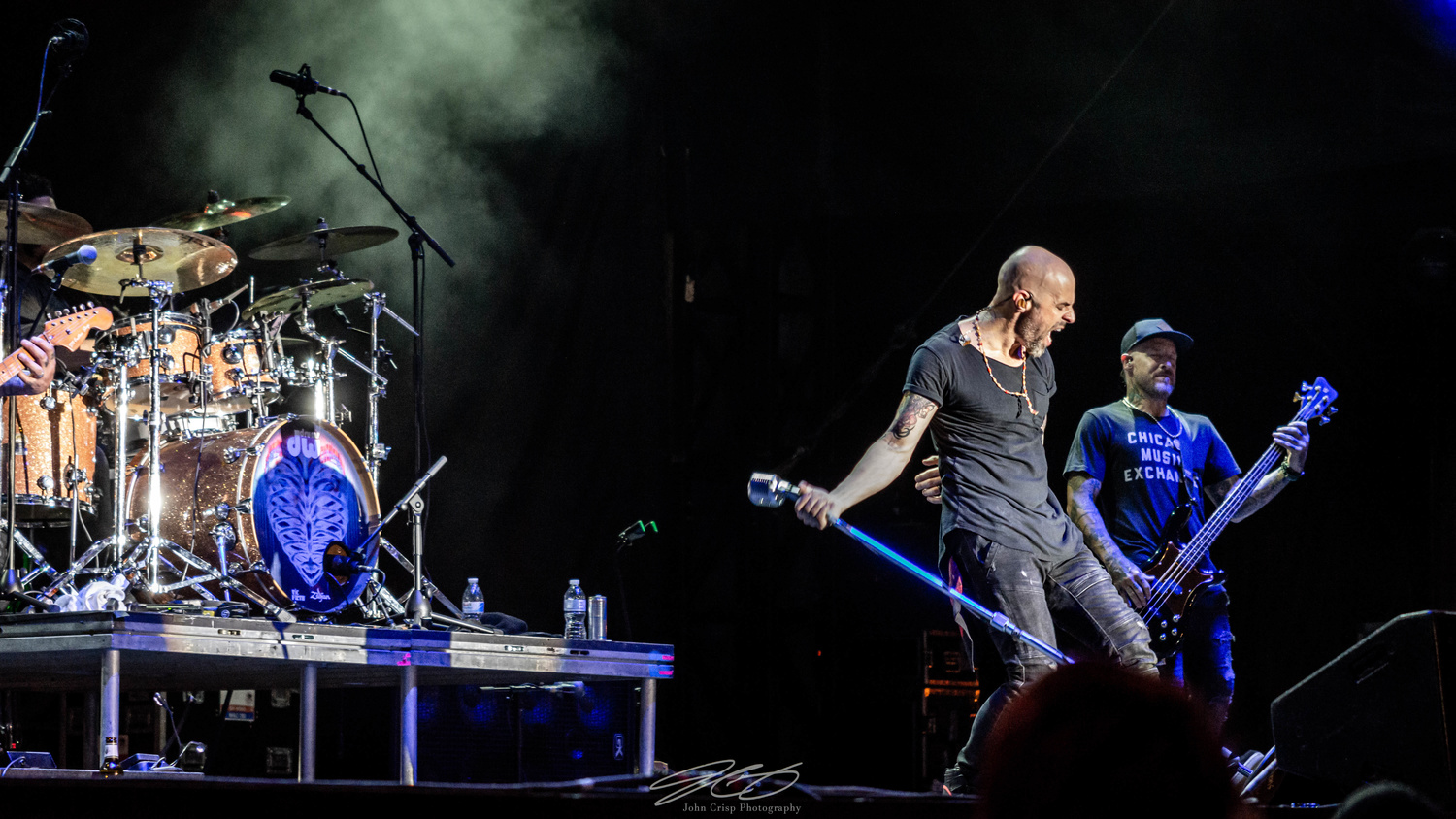 Daughtry is an American rock band formed and fronted by namesake Chris Daughtry, who was a finalist on the fifth season of American Idol. Their self-titled debut album was released in November 2006 and reached number one on the Billboard 200. The album went on to sell more than four million copies in the United States, and has been certified quadruple platinum by the RIAA. Daughtry was also named the best selling album of 2007 by Billboard, becoming the fastest-selling debut rock album in Nielsen SoundScan history. The album produced four top 20 hits on the Billboard Hot 100, including top five hits "It's Not Over" and "Home".

The band's second album, Leave This Town, was released in July 2009 and debuted at number one on the Billboard 200 chart, becoming Daughtry's second number one album in the United States. To date, Leave This Town has sold over 1.3 million copies in the United States and has been certified platinum by the RIAA. The album's lead single, "No Surprise", became the band's fifth top 20 hit on the Hot 100. Their third studio album, Break the Spell, was released in November 2011 and debuted within the top 10 on the Billboard 200 chart. The album has been certified Gold by the RIAA. Daughtry's fourth studio album, Baptized, was released on November 19, 2013, and debuted at number six on the Billboard 200 chart, selling approximately 90,000 units. To date, Daughtry has sold over 8 million albums and over 22.6 million digital tracks in the U.S.