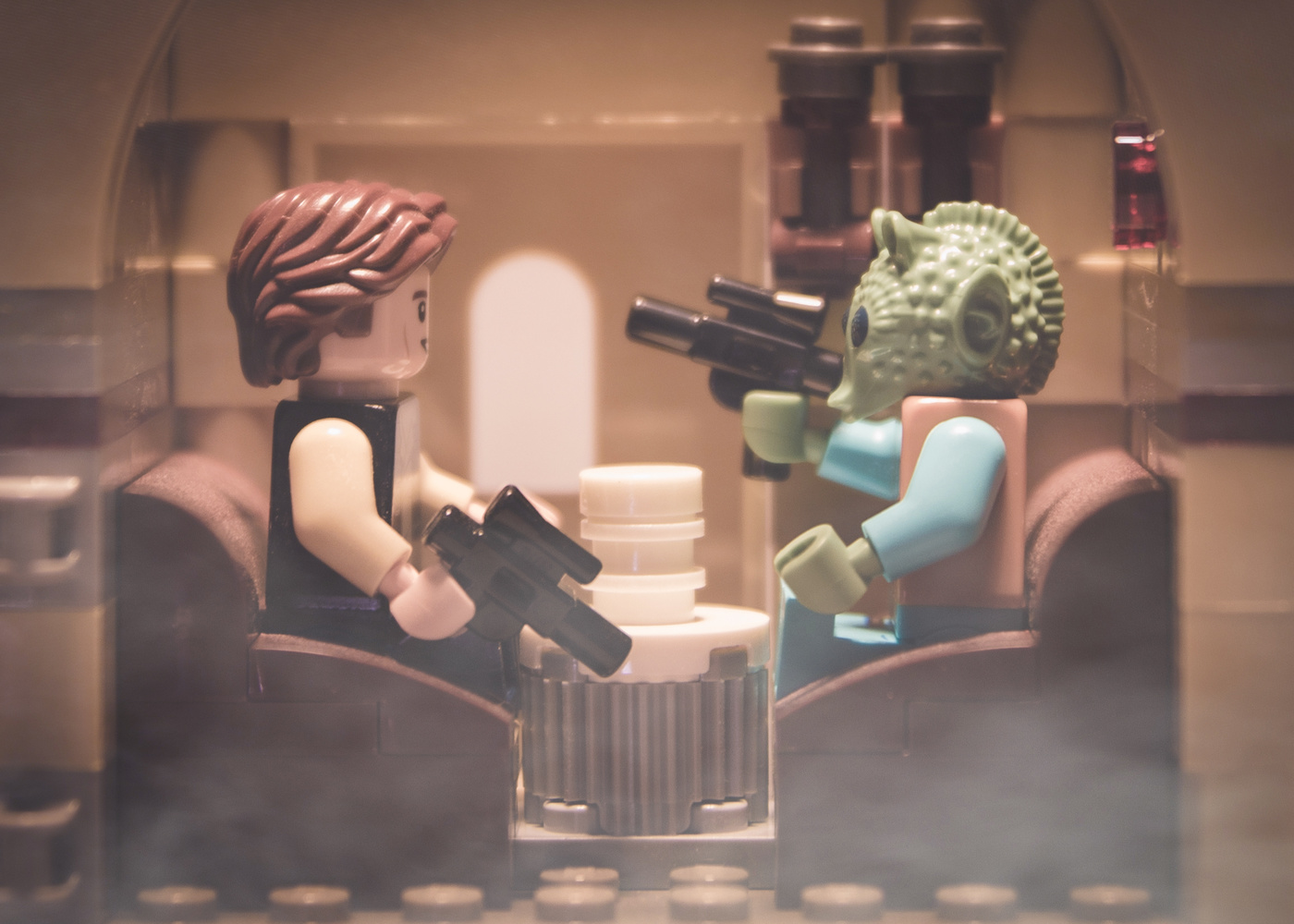 Quite possibly my most favourite scene from ANY Star Wars movie, it goes a little something like this:
Greedo: [Speaking in Rodese] Going somewhere, Solo?
Han Solo: Yes, Greedo. As a matter of fact, I was just going to see your boss. Tell Jabba that I've got the money.
Greedo: It's too late. You should have paid him when you had the chance. Jabba's put a price on your head, so large that every bounty hunter in the galaxy will be looking for you. I'm lucky I found you first.
Han Solo: Yeah, but this time I've got the money.
Greedo: If you give it to me, I might forget I found you.
Han Solo: I don't have it with me! Tell Jabba—
Greedo: Jabba's through with you! He has no time for smugglers who drop their shipments at the first sign of an Imperial cruiser.
Han Solo: Even I get boarded sometimes, do you think I had a choice?
Greedo: You can tell that to Jabba. He may only take your ship.
Han Solo: Over my dead body!
Greedo: That's the idea. I've been looking forward to this for a long time.
Han Solo: Yes, I'll bet you have.