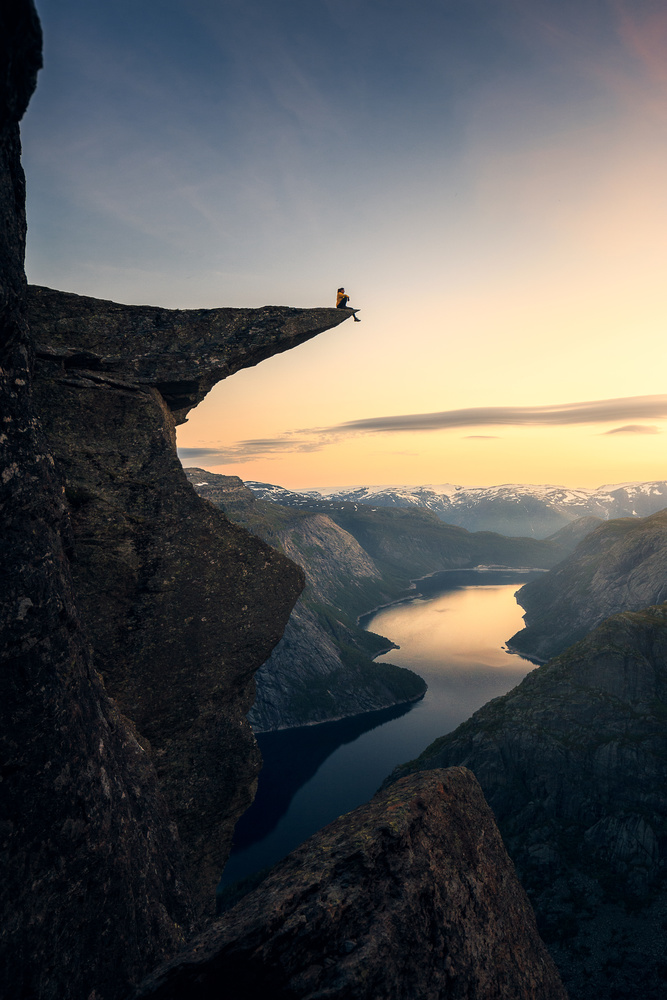 To get to the famous Trolltunga rock formation in Norway, we had to walk 14km of trail (28km round trip). We decided to camp there to enjoy the place and be able to photograph both sunset and sunrise. In the summer the sun sets very late. As it was late, no other tourists were there, so my wife (who appears sitting on the edge of the rock) and I had enough time to get the picture the way we had planned.

I was very happy with the result of this photo, especially for being able to shoot from a non-traditional angle. Trolltunga is a very famous rock in Norway, but the vast majority of photos are taken from a higher angle (where the photographer is higher than the rock formation), I managed to climb many meters down the rock slope to be able to take this picture of a lower and unusual angle. I think this is the main factor for the photo to differentiate and become special to me.