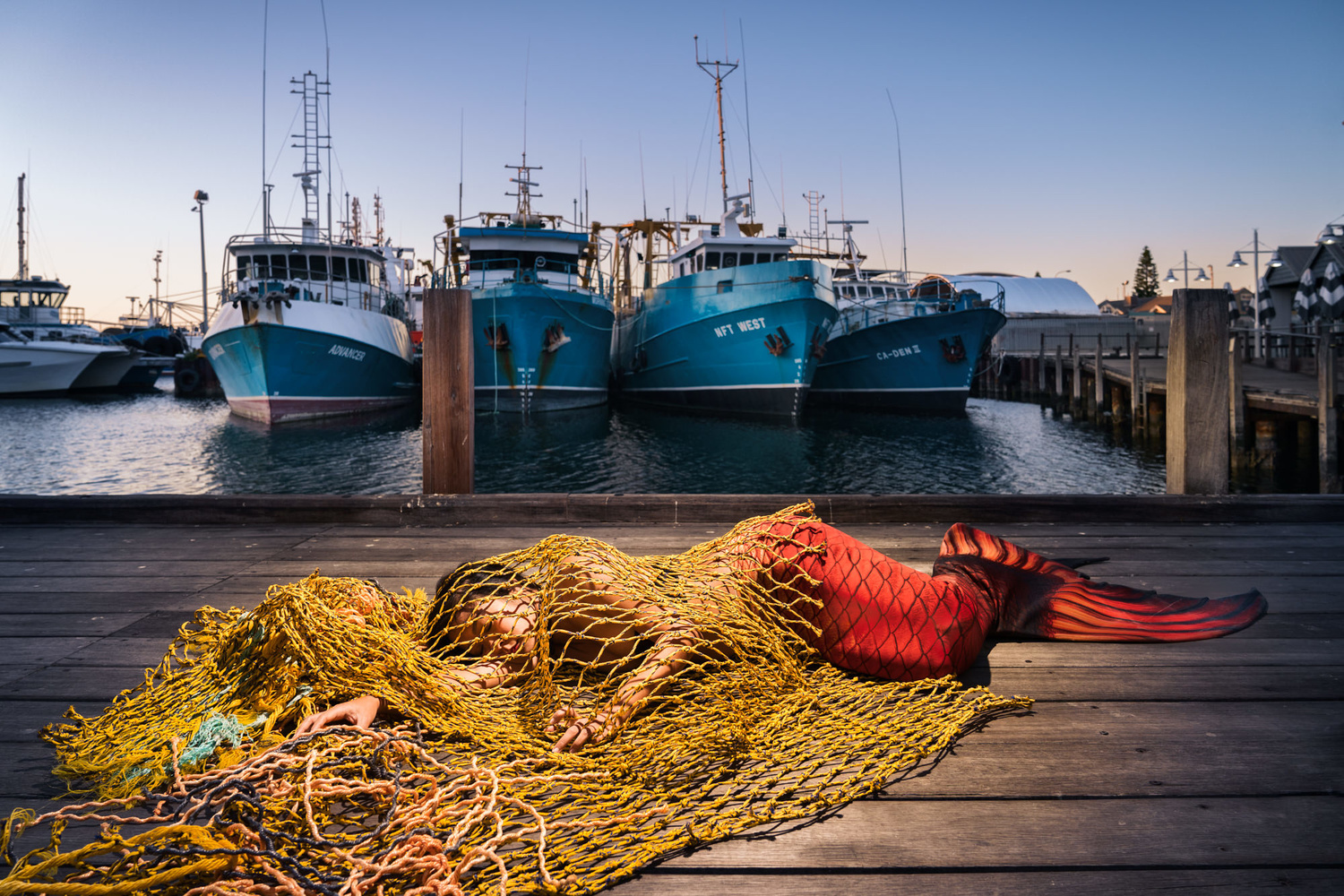 Part 1 of 3 for a photoshoot planned for halloween between myself and a friend (model: TheIntrovertedMermaid [Instagram]).
It was an early 5am start to a full day shoot where we decided to tell a story about a mermaid being caught and becoming food like other fishes.
The location was Fremantle in Perth WA, perfect for this particular scene.
The location was scouted a few days prior and the net was provided free from a fisherman who was going to throw it away... LUCKY!
A flash was used overhead on a boom to act as a "Pier Streetlight" and that's pretty much it!