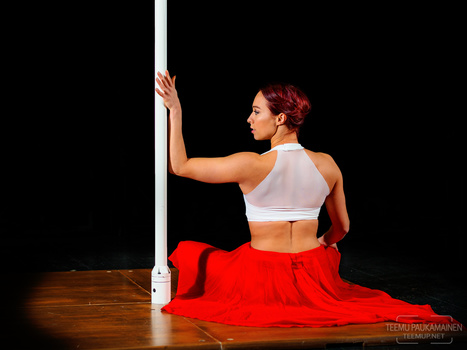 I was hired to shoot promo material for a local comedy theater last autumn. Since one member of the cast (a pole dance artist who made her acting/theater debut on stage) had some spare time after the official shoot we decided to make the most of it and take some photos for our own personal use.