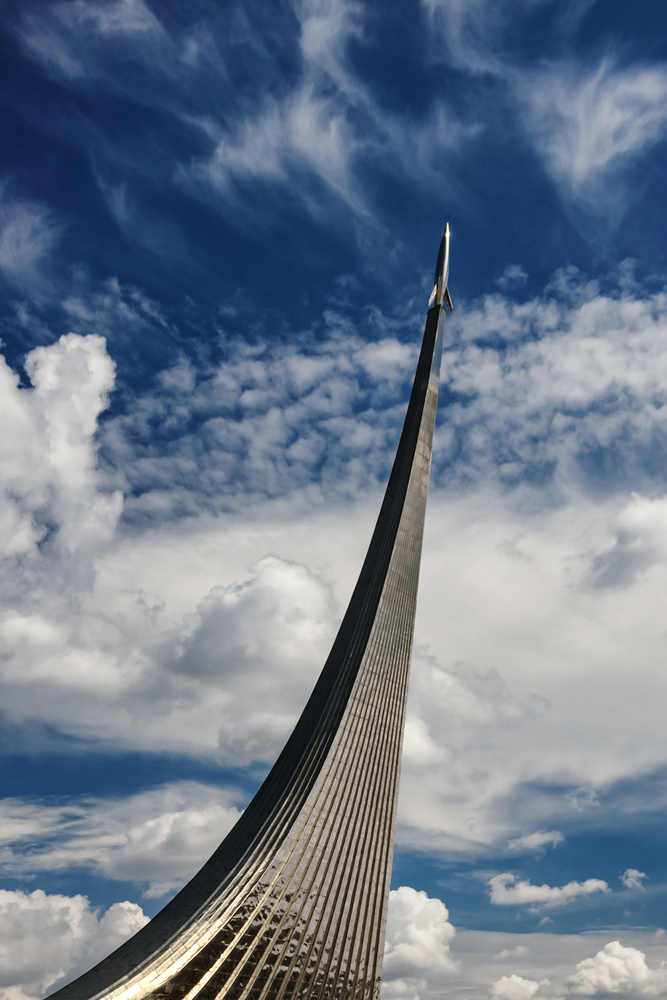 Monument to the Conquerors of Space. Second highest among the monuments of the USSR/Russia. A 107-meter obelisk in the form of a rocket plume, with the supply of designer Sergei Korolev, lined with polished titanium plates. As well as many things made in the USSR, this rocket takes off high is a unique engineering design. Its authors are sculptor Andrey Faydysh-Krandievsky, architects Mikhail Barshch and Alexander Kolchin, as well as engineer Lev Shchipakin.