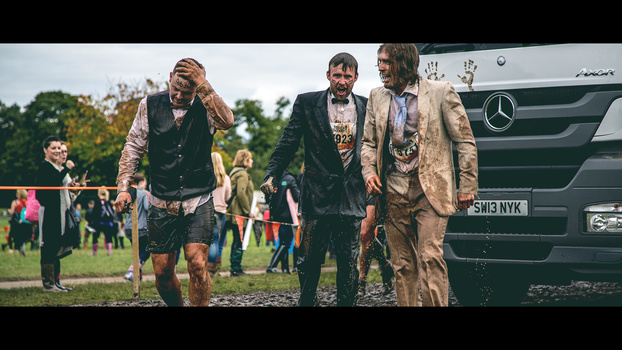 I was asked to accompany my friend when he took part in a Tough Mudder event in 2013. I went along with my Canon 5DmkIII with 24-105L attached. We had a lot of waiting around at the different obstacles so I decided to capture the effect on other competitors and in doing so, some of the atmosphere of what was a great day. After processing in Lightroom initially I decided to take things a step further and add a cinematic vibe in Photoshop.