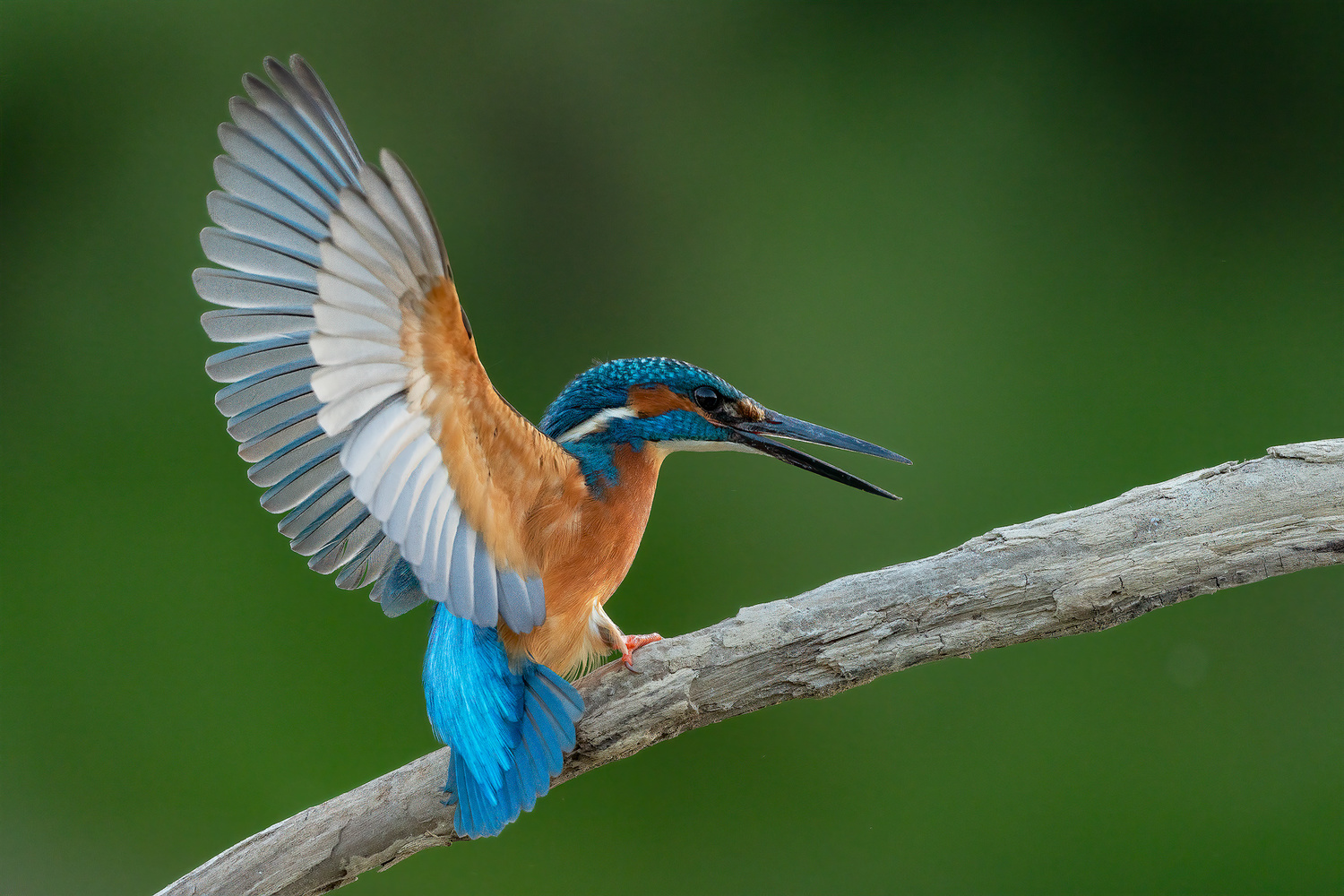 My favorite bird, last time i photographed it was last august. I waited for him trought autumn and winter but he was not regurarly there anymore, i saw him few times flying by. But few days ago i tried again and there he was, not one but three of them, one female and two males. Males were flying around and chasing each other and often landed on a perch and attacking one other. I captured this pose while other male was flying in to scare this one away, and he was bracing for impact, but the other male flew away scared.

Fantastic pose, such a striking bird.

Wonderful image. Kingfishers are so hard to capture!