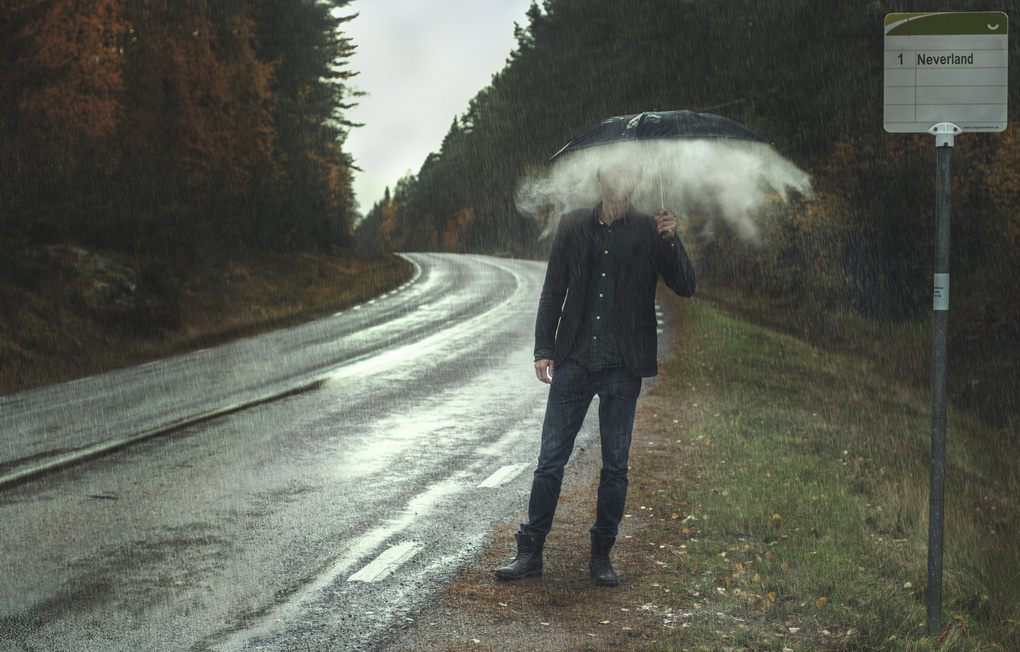 This picture has been re-edited and re-edited, never quite satisfied. It's hard describing why I've taken this photo, why I've created it, because quite frankly I don't know.

What I can tell you is how it's done, it's obviously a couple of shots, the flour/cloud is shot seperatly inside to get that crisp white I was after. A lot of puzzeling to get it where I wanted it to be.

The model is shot with his umbrella just as is, surrouding a couple of times to get everything where I wanted it to be and then the flour later on on another location.

I believe, if my memory doesn't fail me now that this consists out of 9 different shots.