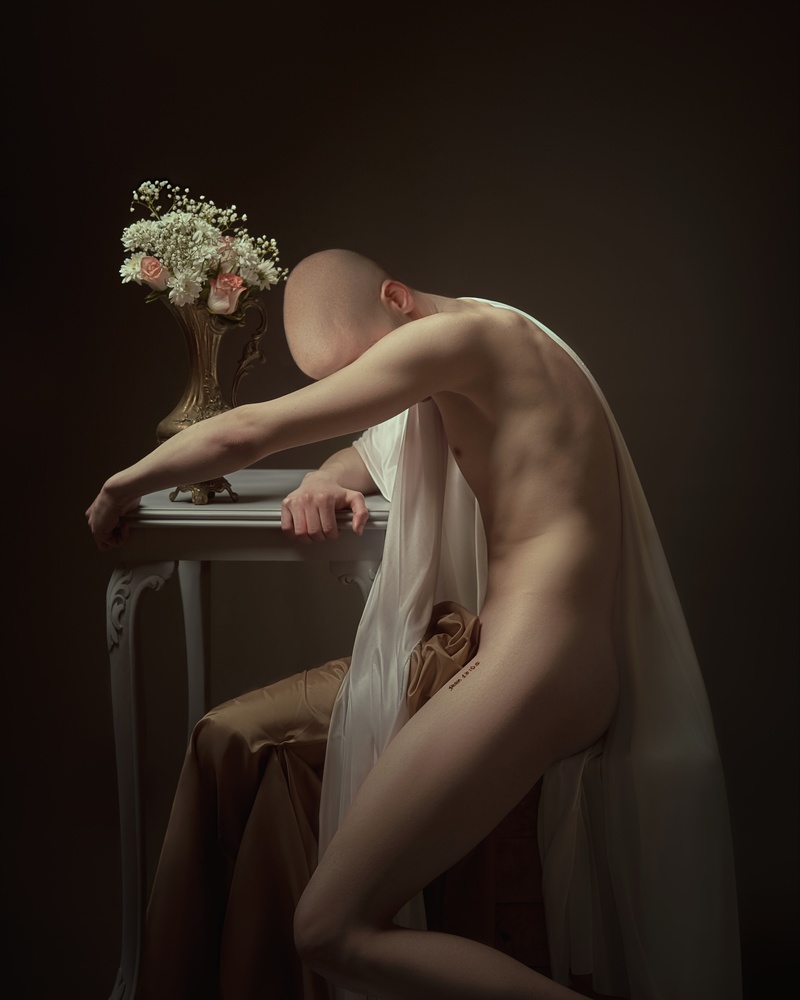 “Melancholia” is inspired by Teresa Oaxaca's “Patrick” (2012) painting, which in turn is inspired by the aesthetics of Baroque and Renaissance art. Patrick's, with his dramatic pose, half-closed eyes and bowed head, testifies to the melancholy that subsequently gave the title of my own photo. In the painting, Patrick is covered in tattoos, something that is also preserved in my photo: indistinct, but real, not written in ink but engraved on the skin of my faceless “being”, the cause of his melancholy: 'Seen', a footnote to an online message that was read but never got a reply, is one of the reasons that make social media users prone to negative emotions such as melancholy while also revealing the malfunction of communication through - and in the time of - social media. The flowers, whose natural beauty however cannot be appreciated by the “being” who has its head turned away, trapped in its own personal digital drama, symbolizes the being’s departure from nature and reality and into a fictional reality, which encompasses its own - many times trivial- problems and demands. The naked, roughly covered body becomes a metaphor for how vulnerable we are to the rejection that lies in digital communications.

Constantinos Lepouris
The boy with crow.
0