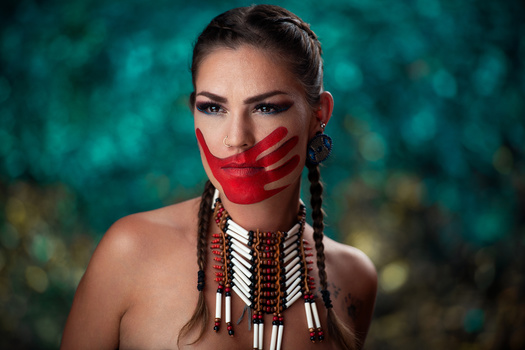 Missing and murdered indigenous women and girls in Canada (MMIWG) has been deemed a national crisis.

"The Sovereign Bodies Institute records 1724 confirmed cases dating back to the 1900's". Some indigenous women's groups document over 4000 MMIWG, however, believe the number to be much higher due to the lack of reporting and investigating. Based on these numbers in comparison to the average 4% of aboriginal women and girls that make up the total female population in Canada, the numbers are staggering.

They were mother's, daughters, sisters, aunties, cousins and grandmothers. The call for justice has finally been made with numerous rallies being held across the nation in hopes of creating awareness and most of all, give a voice to these MMIWG.

Another fantastic and stunning composition Rafal. Your work is on point and I love the fact that this portrait is to raise awareness for MMIWG.

Thank You Chris! Much Appreciate It. I have learned recently about MMIWG as I was never introduce to this part of history so that image for me is even more special.