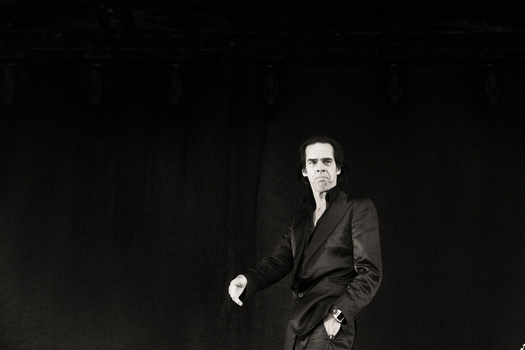 Nick Cave walks on to the stage, at Northside Festival 2013 in Århus, Denmark. He stated that he didn't want any photographers in the pits, but after 10 hours of negotiating with his managers, we were allowed to shoot for 1 song, and then we would be escorted away from the venue. 45 photographers all tried to get the best shot of him, so in the end it was more about broad shoulders than great photographers.