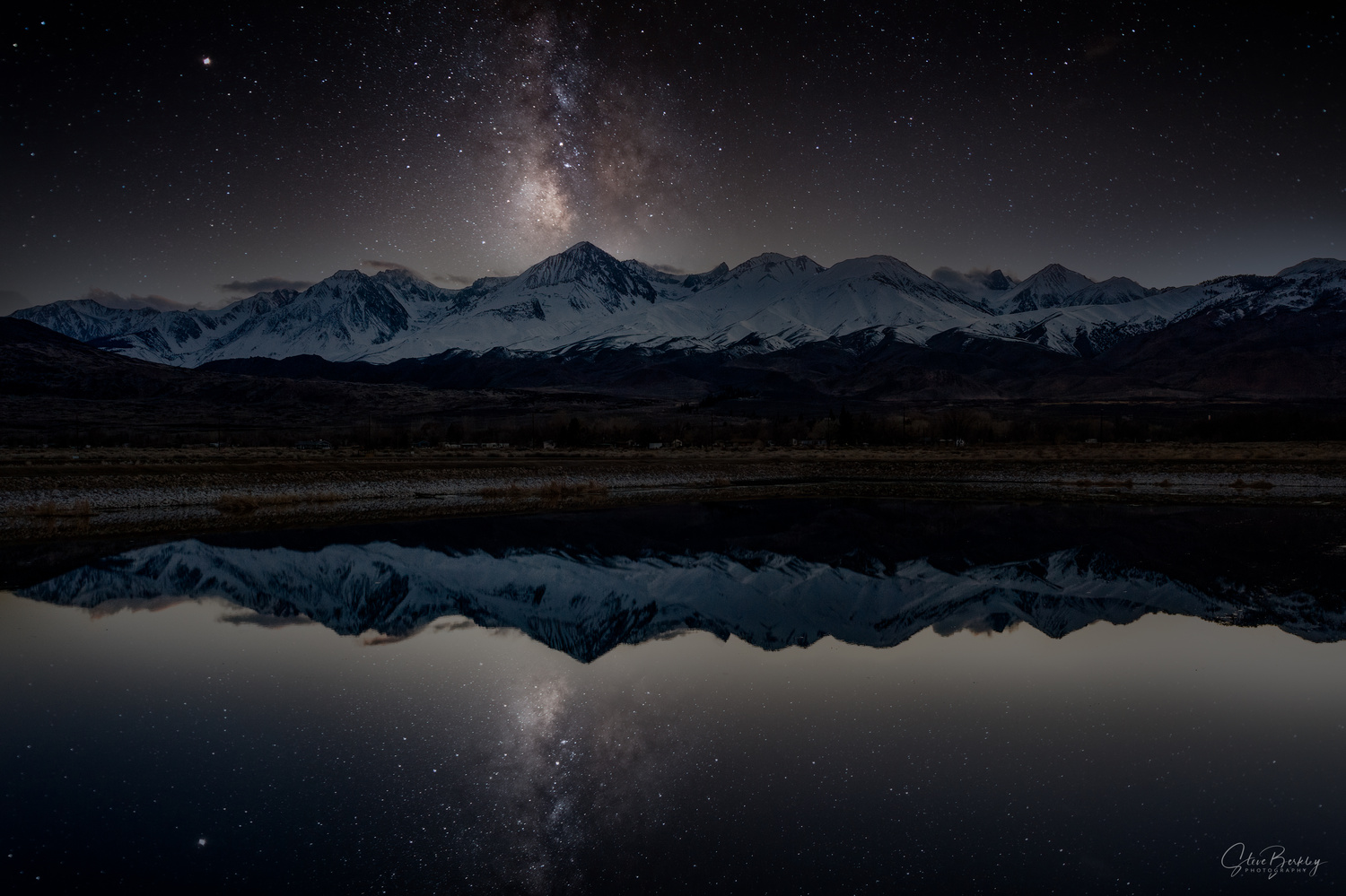 The Sierra Nevada reflects in an irrigation pond in Owens Valley, the now-arid valley of the Owens River in eastern California in the United States. Owens Valley lies to the east of the Sierra Nevada and west of the White Mountains and Inyo Mountains on the west edge of the Great Basin. The mountain peaks on either side (including Mount Whitney) reach above 14,000 feet (4,300 m) in elevation, while the floor of the Owens Valley is about 4,000 feet (1,200 m), making the valley one of the deepest in the United States. The Sierra Nevada casts the valley in a rain shadow, which makes Owens Valley "the Land of Little Rain." The bed of Owens Lake, now a predominantly dry endorheic alkali flat, sits on the southern end of the valley. 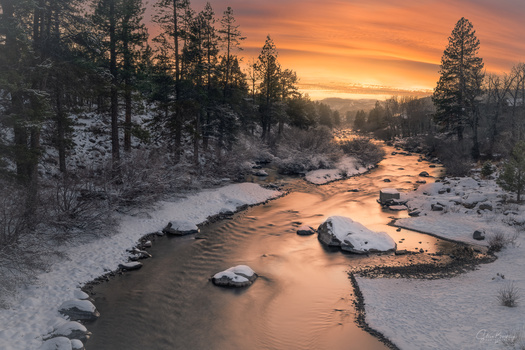 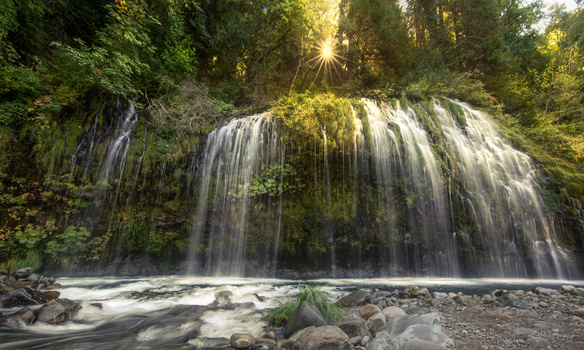 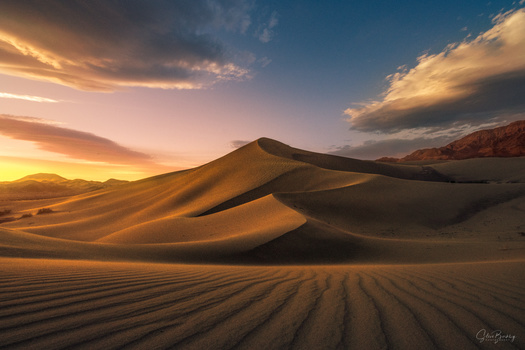 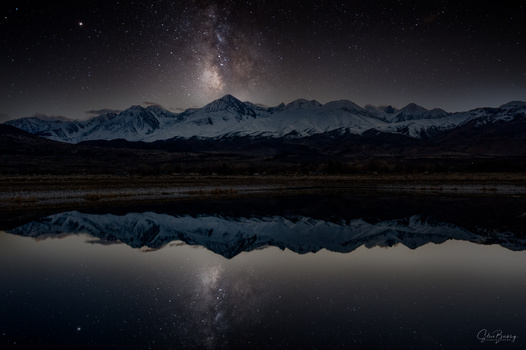 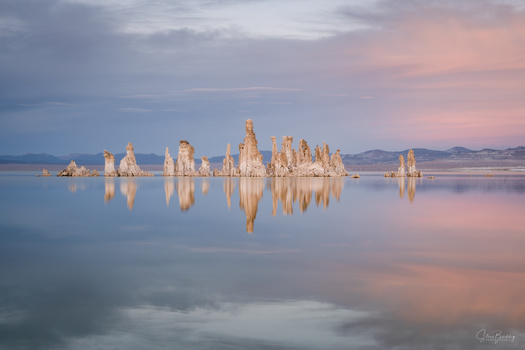 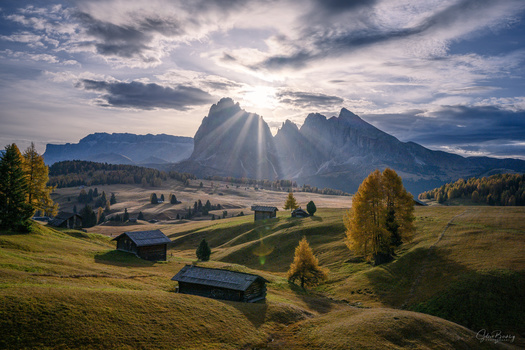 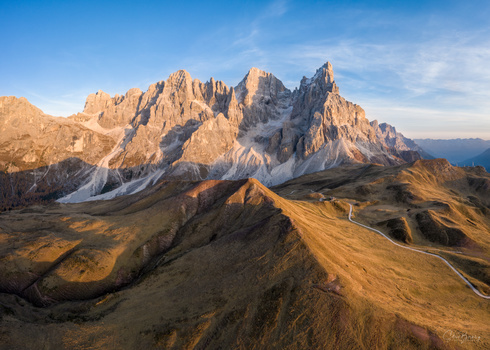 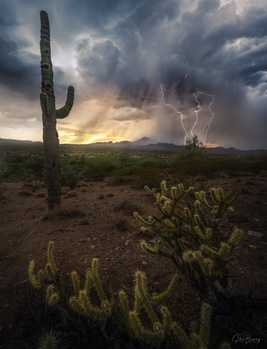 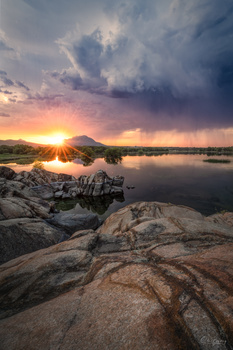 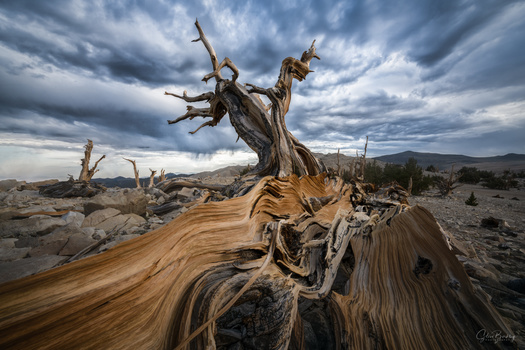 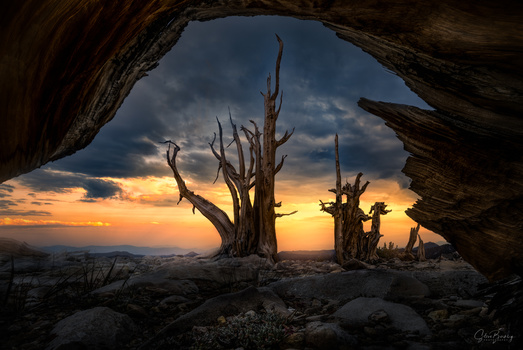 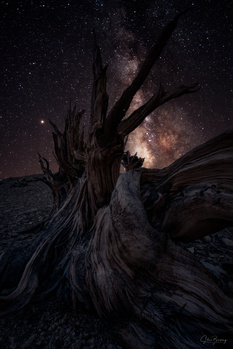 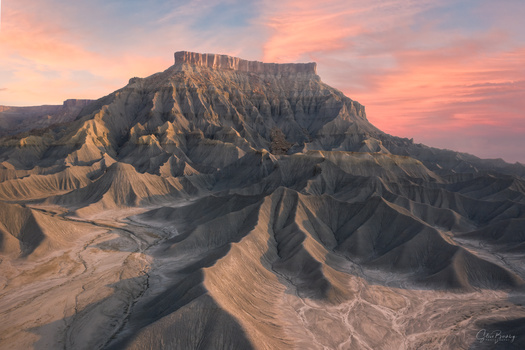 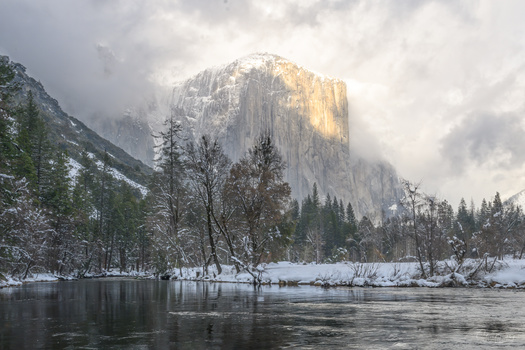 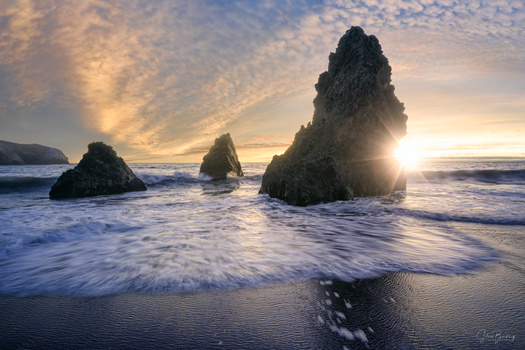