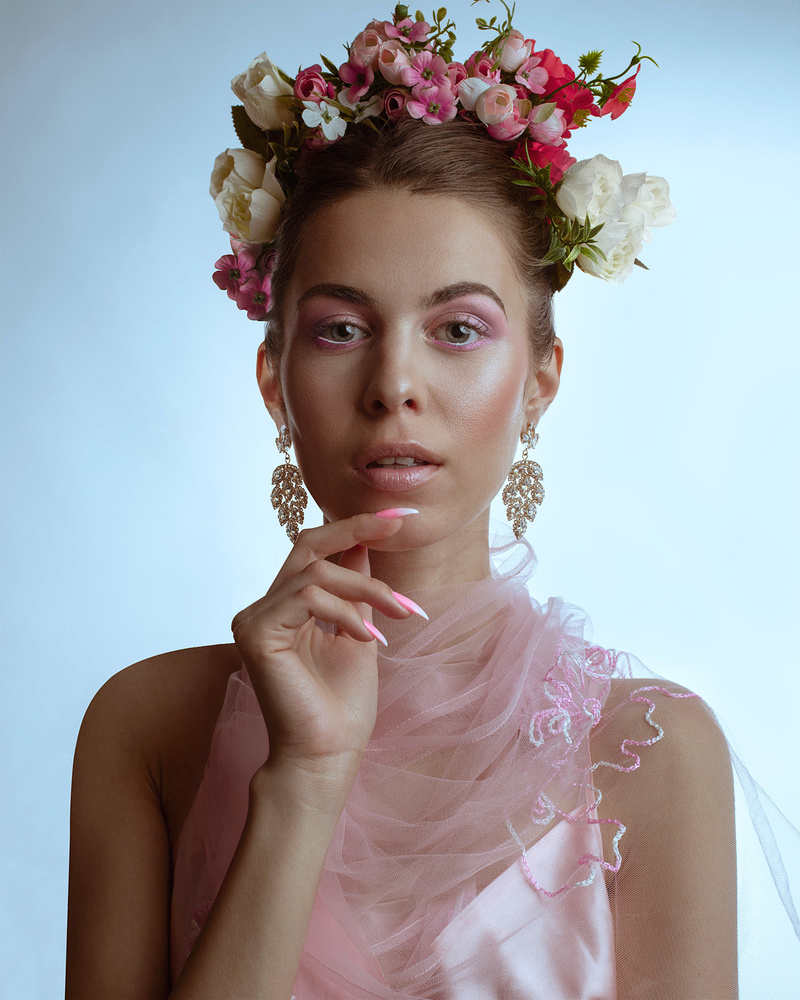 Portrait of Androniki with a flower headpiece

Androniki came to ndphotography.eu studio with an entourage of people who all contributed to the shoot. Hair was done by Tina Camvas and makeup by Ivana Stoyanova. Oddly enough, this was the girl's first official photo shoot but she excelled in her modelling, following directions but also contributing in regards to posing. The pink dress, gentle earrings and flower headdress added to the general styling that we were going for. There was very little skin retouch with dodge and burn on Photoshop while I mainly focused on color grading to end up with the subdued tones and mood I was going for.