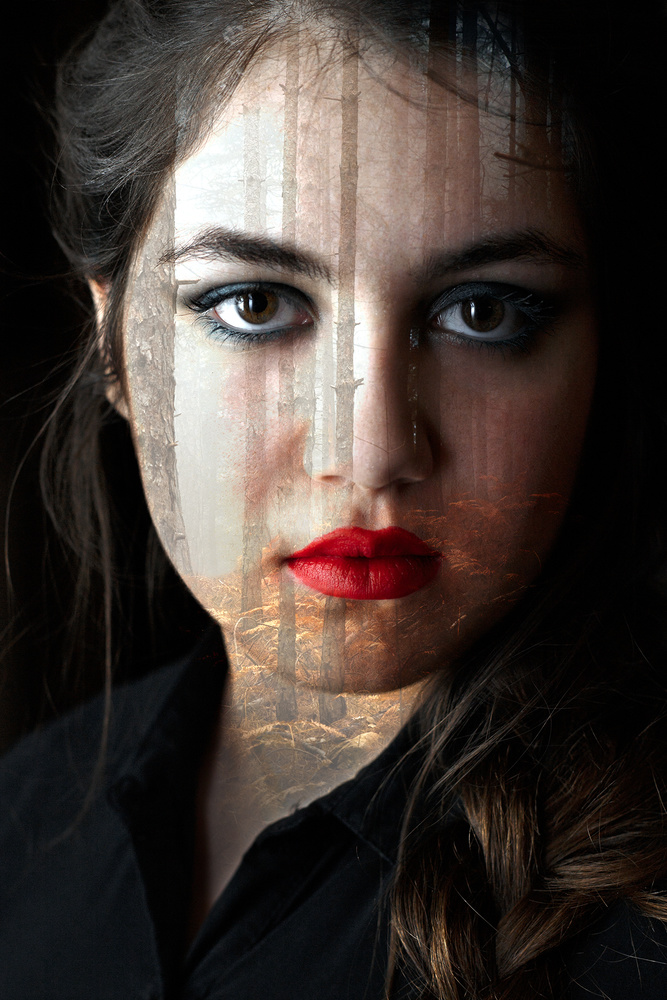 My teenage daughter is not very fond of having her picture taken, neither she was ever interested in make up as her fellow girlfriends and classmates are. So when she agreed to let her mother do a little make-up for her and to be photographed I was very happy to have been allowed to take the shot. After about a year I came up with the idea of creating a double exposure from that portrait. For the second image I was inspired from my daughters video game alias Bright Elf and chose a picture I took last December while hiking Mt Olympus.