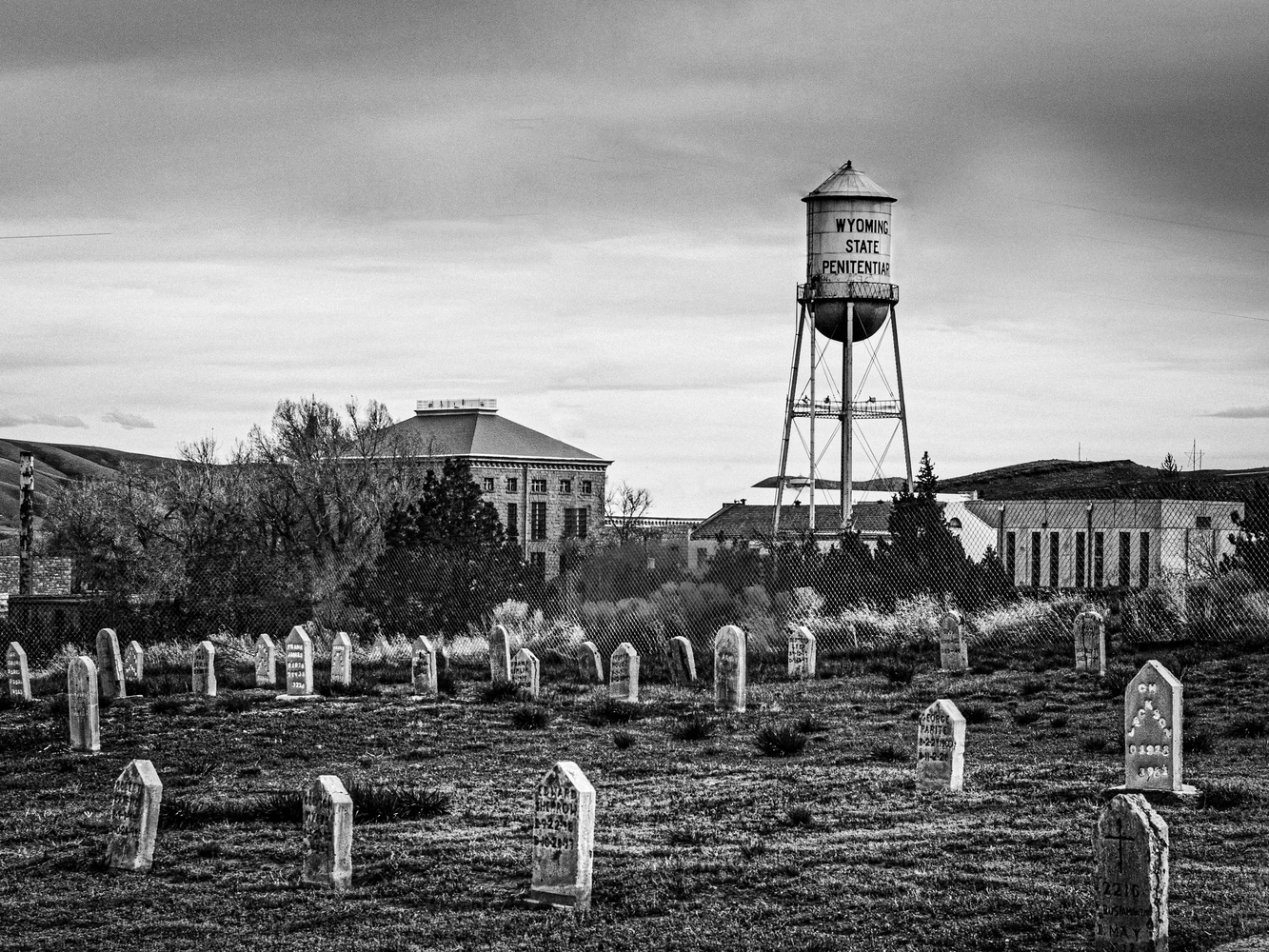 The old Wyoming State Penitentiary (Frontier Prison) graveyard, with the water tower in the background. It was occupied from 1901 to 1981. The movie Prison, starring Viggo Mortensen was filmed at this location.

I like this photo. The overcast sky added added some character to it. The photo was hard to shoot because the graveyard was fenced. I had to shoot through one of the spaces in the chain link.