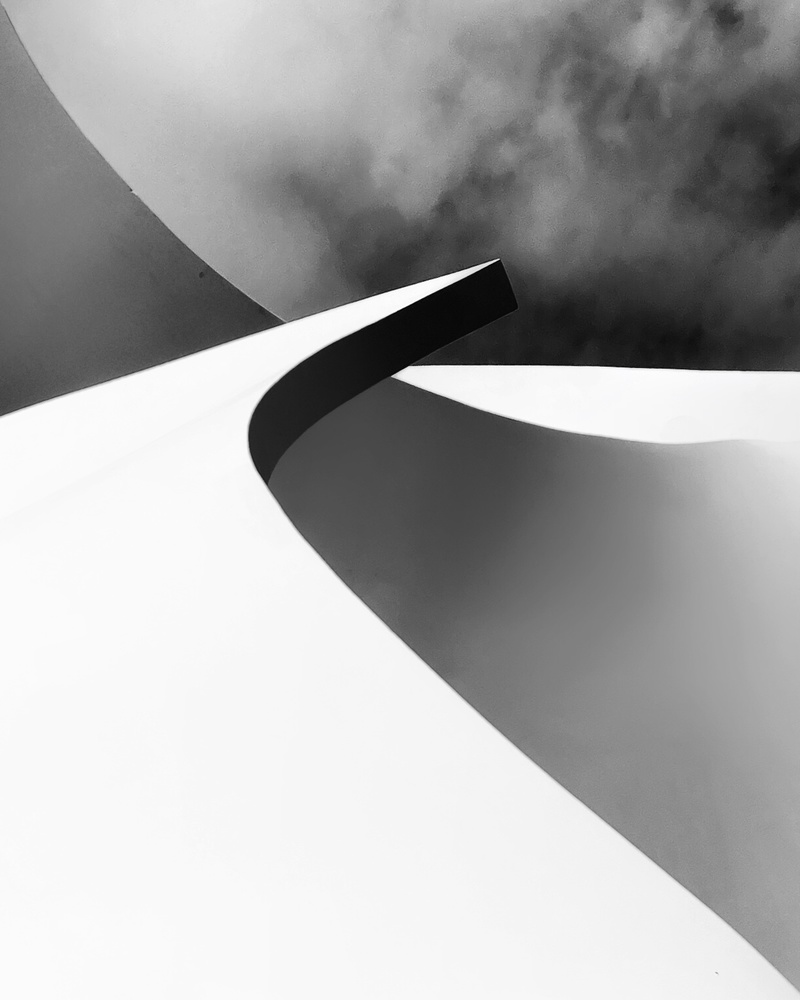 If you live in Atlanta, you know the name John Portman, sometimes called “Atlanta’s Architect.” Portman claims the largest collection of major works ever erected in the same city by an American architect. He practically drew the Atlanta skyline single-handedly. This series looks at Portman’s designs from a different perspective than the grand atriums, skyscrapers and city-scapes that define him so well. It is an up-close look at the last sculpture Portman designed before he died in 2017. The series does not look at the sculpture in its entirety, as I found beauty in every detailed point-of-view that can be seen from the ground. The sculpture is named “Koan” after a Buddhist meditation puzzle used to unravel great truths. It consists of three identical forms that merge and support each other. This exquisite sculpture was designed for and is placed on the campus of Georgia Tech, Mr. Portman’s beloved alma mater.