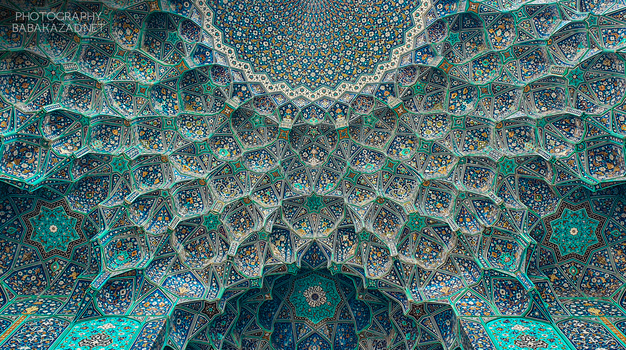 The Shah Mosque is a mosque located in Isfahan, Iran. It is located on the south side of Naghsh-e Jahan Square. It was built during the Safavid dynasty under the order of Shah Abbas I of Persia.
View of the Mosque from Naqsh-e Jahan Square
It is regarded as one of the masterpieces of Persian architecture in the Islamic era. The Royal Mosque is registered, along with the Naghsh-e Jahan Square, as a UNESCO World Heritage Site. Its construction began in 1611, and its splendour is mainly due to the beauty of its seven-colour mosaic tiles and calligraphic inscriptions.