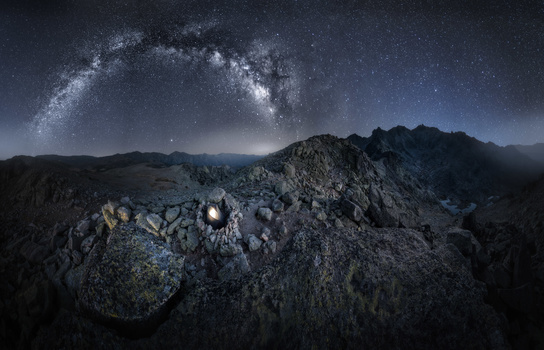 Plans for Tonight
by Hidden Name
Uploaded for curation a few seconds ago
Category: NIGHT
Location: NAVALPERAL DE TORMES - SPAIN
For the second day of my trip to Spain I had planed to do 2 days hike in Gredos mountains, my idea was pass the night close to the highest peaks of Circo de Gredos (the peakes on the right side) but it was very cloudy during the day and I decided to stop and start to photograph the peaks. I was and I was expecting to photograph another lightning storm, but with the end of the day magicly the sky cleared up. Whithout a composition for a milky way photo I just decided to do a 360º pano.