I've been performing and teaching acrobalance for considerably longer than I've been taking photographs, but opportunities to combine the two are fairly rare. Pawel & Ola have been attending the class I teach for a couple of years now; it won’t be long before they overtake our skills. They are incredibly dedicated and train hard. That dedication is one of the things I look for when seeking subjects for my photography. We had a studio shoot a few months ago and while we made some interesting work the studio was a rather awkward one which lead to a few compromises.

Pawel & Ola suggested another shoot – this time nude – and I knew of a 14th century grade I listed barn I’d been wanting to use for some time. A plan began to form, and they sent me a video of them practising this balance I knew exactly how I wanted to shoot it. It’s not one I've often done myself but I’ll be remedying that in the near future.

In the run-up to the shoot P&O trained harder than ever to ensure their bodies were looking their best, and working well; the demands of holding and repeating a pose like this are significant, especially when I demand microscopic adjustments of the position of a hand or limb.

The shoot itself saw a number of challenges, not least the sheer size of the space. Running around the space to tweak the lights – 8 of them – just ate up the time. Conrad Webb provided the lights and invaluable assistance while my patient acrobalancers warmed up and waited. And then warmed up again.

An hour and a half later we were ready to start shooting. This was the 3rd attempt at the first pose of the evening; I think it was worth the wait. 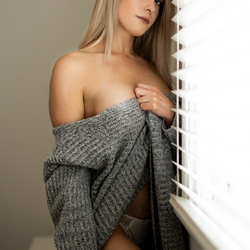 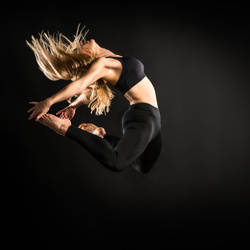 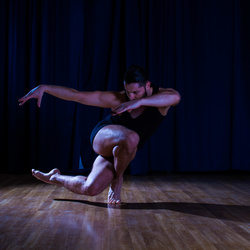 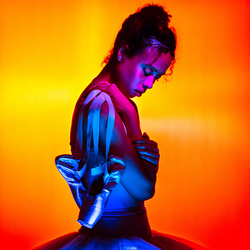