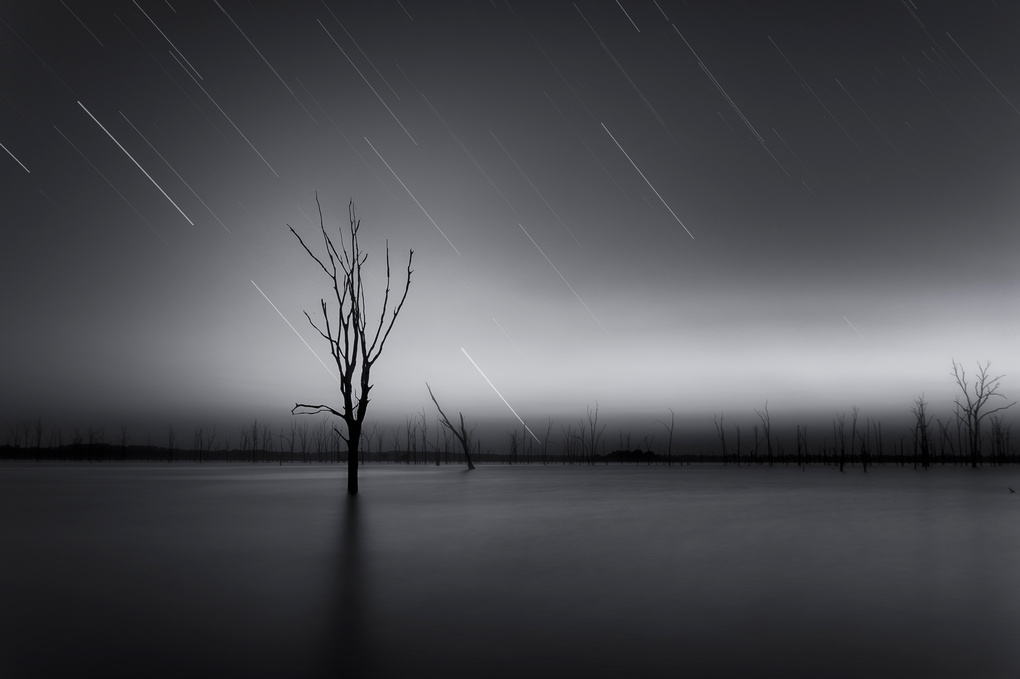 A good back story always gives the artist behind any photo a bit more meaning. This is one of those photos for me.

I had seen this lake on a road trip and knew I had to eventually return to photograph it. Upon arriving on that return trip the place seemed dead. There was no life, no movement, no sound, save for some nesting cormorants in the distant skeletal trees. I know what you are thinking...what a dumb name based on my description thus far. Hold your horses, night had yet to fall.

This is when the desolation turned to one of the most living places I have ever witnessed. There were bugs, bugs, and more bugs. I was being swarmed. My backpack apparently was a fantastic place for a multitude of spiders to build a home. Bats swarmed the skies snatching up those darned bugs and fish were surfacing left and right creating a soft melody as they snatched up any insects unfortunate enough to land in the water. I had to slide down the muddy edge into the slightly-deeper-waist-level water to get the angle I wanted. After I got the images I turned on continuous shutter and left my camera and remote in the water to get some star trails. This is when I realized I was a bit stuck with those steep muddy banks holding me back. After patiently crawling my way out I waited for those final pictures. While doing this I had the pleasure of shining my flashlight on one the largest gars I have ever seen who seemed to have taken a liking in my tripod legs. It was a but unnerving knowing I would have to go back in to get my tripod and claw my way out again while that guy was hanging close by. I know they are not aggressive but it still was not comforting.

So there is my story. A somewhat miserable yet magical night. I have not been back since but I have every intention of going there again as some point in my future. 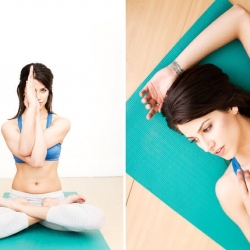 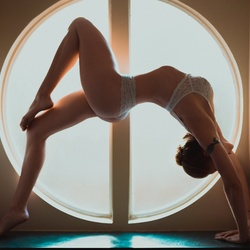 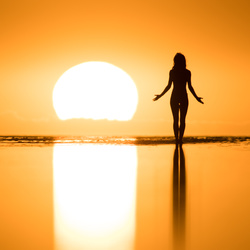