Even Portrait Lighting With Just One Light

We're being treated to another short-form behind the scenes tutorial from Nathan Elson. This time, Elson is taking us into the studio to show us his techniques for using a single light to create soft even light across a subject.

Instead of just slapping the umbrella on a stand, Elson uses a boom arm to extend the light out from the c-stand to place the light over the model's head. As has become Elson's style, we get to see the light set up from the front and the side. This approach gives us a chance to see the angles and distances that Elson is using to achieve his light.

Elson's set-up
The umbrella's angle and Elson's meticulous metering provide even light on his subject and a even gradient on his floor / backdrop.
Elson's set-up from the side.

As an added bonus to this BTS, Elson takes much longer than we've seen in the past to show off his editing strategies in both Capture One and Photoshop. He demonstrates work on the model's eyes, her hair, and his use of a vignette to draw even more attention to his already symmetrical framing.Don't forget, Elson is also sharing his dodge and burn PS action for free.

I'm really enjoying Elson's BTS approach, what do you think? 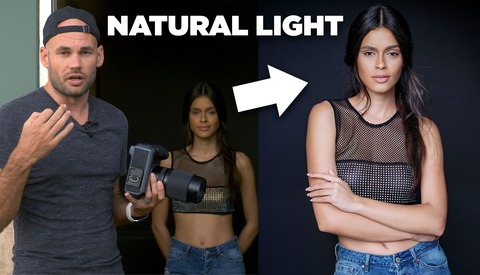 BTS / April 7, 2015
How Creating an Outdoor Studio Can Make You a Better Photographer 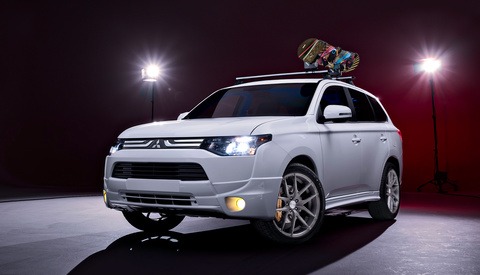 I think that you get better, softer, and more even lighting by having the modifier pretty much pointing straight down and feathered as needed. I typically begin with it about a foot in front of the model, pointed straight down and about 18 inches above them. Depending on the features of the model and how much light you want on the background, adjust the feathering and height accordingly.

Moving the whole shot closer or further away from the background can help determine the amount of light hitting it.