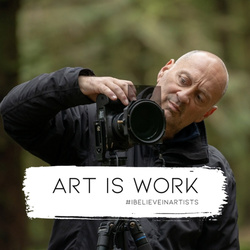 Martin Agius was born in 1966 and his initial interest in photography began as a hobby in his younger years.
In 2009 he was appointed as the Official Photographer for the Armed Forces of Malta as well as entrusted as the Official Photographer for the Malta Institute of the Professional Photography (MIPP), of which he is also an active committee member with the roles of Treasurer.
In 2010 he retired from the Army and started a career as a Freelance photographer and as a Photojournalist for Medialink Communications.
Mentored by top-award winning Maltese photographer Kevin Casha, he also successfully attended advanced courses in image editing with Photoshop guru Ramon Sammut. Both these personalities have regularly inspired and influenced Martin in his photographic career.
He has had various works exhibited both locally and abroad. Many of his images are regularly published in local and overseas foreign media. In January 2012 he was awarded the prestigious Societies UK Press & News Photographer of the Year. During that same year, Martin qualified and got his Associateship in Fashion & Glamour first with the MIPP and subsequently with The Societies UK.
Martin has a strong admirable work ethic, which makes him a reliable and trustworthy individual. He supports and encourages a team-player environment and is highly adaptable and resourceful. His photography output benefits his unique talents with perhaps the genre of photojournalism best fitting his observant character.