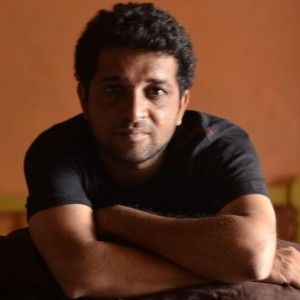 Uday Tadphale is an Indian photographer whose birthplace is a small village called Mahad, on the Konkan side of Mumbai-Goa National Highway 17. His fascination for colours in landscapes fed his love for paintings at an early age. This interest led to his graduation in applied art from Abhinav Kala Mahavidayala, Pune.
His first tryst with a camera was when a friend gifted him a camera phone. The phone was used more for its utility as a camera than as a phone. But he wasn’t satisfied with the results. So he saved money and finally bought himself a DSLR.

Since then there was no turning back. Uday’s work has been featured in a variety of renowned magazines such as Camera Pixo, Cameraraw, Natgeo Editor’s selection, Daily Dozen, Editor’s choice, Shot Magazine, Photo One magazine, times journalism, HT (Hindustan Times), DNA newspaper and a photo exhibition in Finland.
Even today his discerning eye loves to wander non-descript lanes and roads, searching for candid moments that life presents. With only a camera for company, he sets out whenever his heart feels like it, to his studio - the bustling city of Mumbai. The fifteen million people who live here – industrialists, film-stars, artists, skilled and unskilled workers, teachers, clerks – all living cheek-by-jowl in soaring skyscrapers and sprawling slums add colour, flavour and texture that never fails to grab his attention with new excitement.