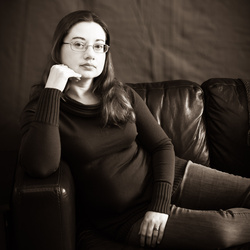 I am a semiprofessional photographer. I take photographs because I enjoy it and want to share my vision and art. I focus mostly on cosplay and fine art portraiture.

I started doing portrait work in 2010 and cosplay photography in 2014, but have been doing photography off for several years before that. A bulk of my cosplay work is done at conventions during 45-minute, one-on-one sessions. I have also worked with the DC (District of Columbia not the comics) Cosplay and Photographer group. I am the founder the the Dayton, Columbus, Cincinnati (DCC) Cosplay Photo Shoots Group. However, I love doing one-on-one shoots either on location or in studio.

My photography style leans more towards fashion or fine art portraiture. My goal is to really capture the right light, so the image invokes a feeling or a story, while portraying the essence of the the model/cosplay character. I also love to capture movement in my work, especially if the outfit/dress/costume lends itself to movement. So if you ever work with me don’t be surprised if I tell you to jump, spin, or run. Trust me, the pictures look more natural when the model does the action instead of just holds a pose.

Finally, I use a simple set-up most of the time. Usually it is me, my assistant who also happens to be my husband, my camera, and one light light-stand with a flash and umbrella. Currently, I’m based in the Dayton, Ohio area. Previously, I spent several years in the Washington, DC area.