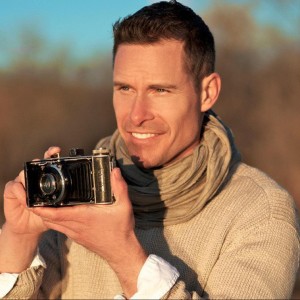 The name Romeo Bravo comes from the phonetic alphabet (used in the military and aviation) for my initials – R.B.

As a former model, I have a unique perspective from both sides of the camera, and I am able to bring the best out of people because of it. During my time working as a model, I was always drawn to the classic and dramatic photos created by iconic photographers like Peter Lindbergh, Herb Ritts, and Ellen Von Unwerth. This is where I developed my creative style which I would describe as both classic and cinematic.

After retiring from the Marines, I started shooting with a camera – and I loved it. At first, I started helping my wife, Kelly Williams – a 25 year professional Photographer. Eventually, I started photographing some of her clients, and received very positive feedback from modeling agencies across the country. Since then I have won awards for my fashion work and I’ve had several fashion editorials published in magazines including Italian Vogue. I have also had several camera reviews published.

A few facts about me:

-Born and raised in Canada

-Served in the US Marines as a Jet Pilot

-I was mentored by my wife Kelly Williams with whom I share a joint production site RomeoandKelly.com