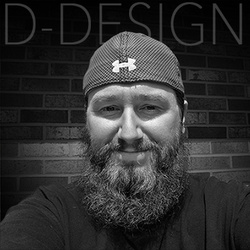 It was in the mid-80′s that Eric would borrow his father’s over-sized VHS Video Camera (the cameras that held a separate video player that hung on your shoulder) and shoot himself acting out movies scenes, talk shows, and wrestling matches. He was in 6th grade, and the idea of being able to capture visuals with sound, and instantly view his creations on a television set was magical.
vintage-VHS

Where it all began…

Flash forward- a week after graduating high school, Eric had the opportunity to work at a Baltimore area production company, Renegade Productions. It was there, not the classroom, were he was given the chance to edit video, professionally. The year was 1992, there was no flat screens, and there was no HD video. Honing his skills on 3/4″ Sony decks, there was no room for error- it was the perfect place to learn video editing skills- and not be lazy, nor sloppy.

While attending U.M.B.C. Eric paid his dues, being willing to do whatever it took to be exposed to video production. Several years later, he returned to Renegade Productions as a paid intern, and was given the opportunity to produce and edit commercial spots for Comcast.

Since 2002, Eric joined forces with his father bringing together video, photography, interactive multimedia, sound, and graphic design to take their clients' message to life under the banner of Synectic Resources.

Eric's true love is capturing that moment in time in the "real world"- a look, glance, a reaction.