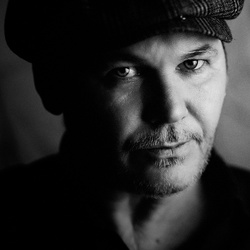 I started off photographing with film, took some time for me to switch to digital. The digital cameras I used in the past just wasn't doing it for me, I hated the pixelated look. Then I found the Sony a6000, it was the best camera I had seen for film manipulation. I now own the Sony A7III.
Being an artist first and fourth-most, `I prefer to use photography in a creative way, though I do like like my images to look realistic. I started shooting in black and white, with the belief that shoot anything in B&W makes an image artistic. As I've progressed with my work, I have moved away from that idea, and now spend hours getting creative in-camera. I use my camera almost every day, I can't be without it. I recently acquired the iPhone pro, and am now experimenting with that.