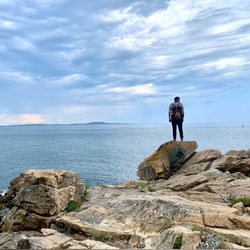 Carlos Otero has not bookmarked any articles.

Carlos Otero has not created any lists.

After four years studying Broadcast Journalism and Marketing at the University of Illinois, Carlos cut his teeth in Saint Louis television, holding positions at both CBS and NBC as a Commercial Producer. Operating as a one-man-crew, he played the roles of writer, producer, editor, director and client manager.

In 2018, Carlos made the move into healthcare, leading award-winning creative development for the world's largest dental specialty association which he continues to build today.