Pantelis Vatousiadis has not bookmarked any articles. 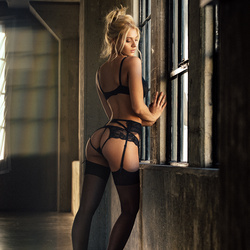 Some days of my life are a bit gloomy, nothing changes and we all go through a stagnant time. But, who wants to be inert when he knows that life needs creativity, hope and desire? Motivated by positive thoughts, we tried to do things that would help us come to grips with this bad situation, the so-called inertia. We were, eventually, eager to create videos, just for fun and without a particular purpose. Then, the summer of 2008 we created Vatoum Productions, which, at first, was a cast among our friends. During the video shooting we were having fun, we were united, speaking like friends and not like the aloof and typical professionals you face in society. But sooner or later, Vatoum Productions became something bigger. We were renowned for our funny videos, and they all wanted us to try something new and different from what we had done so far. We made various projects which were not published but we’ve always wanted to try something novel, a ground-breaking video that would consist of our imagination, the creativity of the whole cast and not by a single person. We’re all open to new and unusual ideas. Your advice is our pleasure.