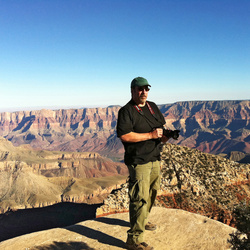 Groups Dave Bradley is a member of

This person is not a member of any groups.

Dave Bradley has visions. We’re not talking hallucinatory dreams or far-flung desires, though he sometimes has both of these. After two decades operating his own studio in Boston, he can’t help but be rooted firmly in reality. But Dave has demonstrated the ability to see artistic and arresting shapes in the simplest of items: a sneaker in a box, an alarm clock on a table, a slice of pizza on a plate. He strives to create sharp, crisp photographs that clarify rather than complicate, revealing objects in their basic forms and textures. He believes, as Da Vinci noted, that “Simplicity is the ultimate sophistication.” Educated at the Art Institute of Boston, learned in the school of hard knocks, from a family of shutterbugs, he specializes in still life and conceptual images. His clients include United Parcel Service, Oracle, Timberland and New Balance. Agencies such as The Martin Agency, Mullen and Boathouse have retained his services. Dave’s work has been featured in Boston Magazine, Runner's World and Esquire. He always brings his camera (and his wife) when partaking in one of his favorite pastimes, visiting America’s national parks. There, and elsewhere, he remembers the words of the designer Charles Eames, who once talked of “the uncommon beauty of common things." Dave has taken those words to heart, believing they have helped shape his own artistic vision. And visions.