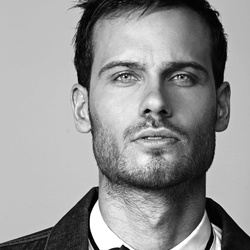 After an international career as a fashion model, Frenchman Florent Petitfrere decided to move to the other side of the camera. As a photographer, he remains a fashion devotee with an unwavering focus on aesthetics and a love for black-and-white photography. Petitfrere, who has collaborated with magazines in New York and Paris, now spends most of his time in Europe.