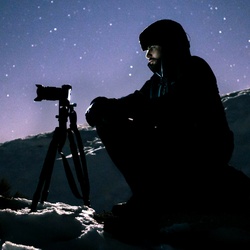 My name is João,
I'm from Terceira island in Azores, now based in Porto, Portugal.
With a college degree in mechanical engineer but photographer from heart and soul.
The passions of my father were imprinted in my being from the very beginning. Music, cars and photography.
My father started with a 8mm kodak, at the time he was a correspondent, later went through a Yashica 35mm analog and finally, in the 2000s, a Canon 35mm analogue.
So photography was a part of my life, I started shooting at my father's analog cameras at an early age, I even had my own fully automatic analog 35mm camera, a Fujifilm that I keep with affection. I used and abused my father's Canon PowerShot a630 until I had my own point and shoot and bridge.
Today I photograph with my faithful Olympus OM-D E-M 5 Mark II, the result of wanting to evolve my photography, with a reliable and technologically advanced system, that allowed me to always have my camera with me without feeling limited.
I grew up in the Azores and as such I created a bond with nature, with the passing of time the curiosity and desire for adventure led me to explore the world of hiking, trekking, mountaineering and even 4X4. According to my parents, when I was little I said that when I was grownup I wanted to be a tourist. The little boy's wishes did not change much and instead of tourists I wanted to be a traveler, to know and to experience cultures and places, leaving nothing, but bringing only photographs and memories.