The new Sony G Master wide lens is quite unique. Is it worth checking out?

With all the advancements in camera technology that emerged in the past few years, especially with the growing popularity of mirrorless cameras, we’ve seen a significant number of DSLR lens variants that have been revamped for mirrorless cameras and higher-resolution sensors. It’s safe to assume that there will come a time when the standard lens rosters have been completed and newer and more specialized variants will take the stage. That time might just be closer than we think.

Landscape photography enthusiasts might have been wanting ultra-wide angle lenses with bigger apertures for shooting nighttime landscapes, and clearly, the new Sony FE 14mm f/1.8 G Master is a lens that fits the description. Other uses, such as environmental portraits, wide-angle travel shots, interiors, and video could be feasible as well. In this review, we take a look at what this lens has got to offer. 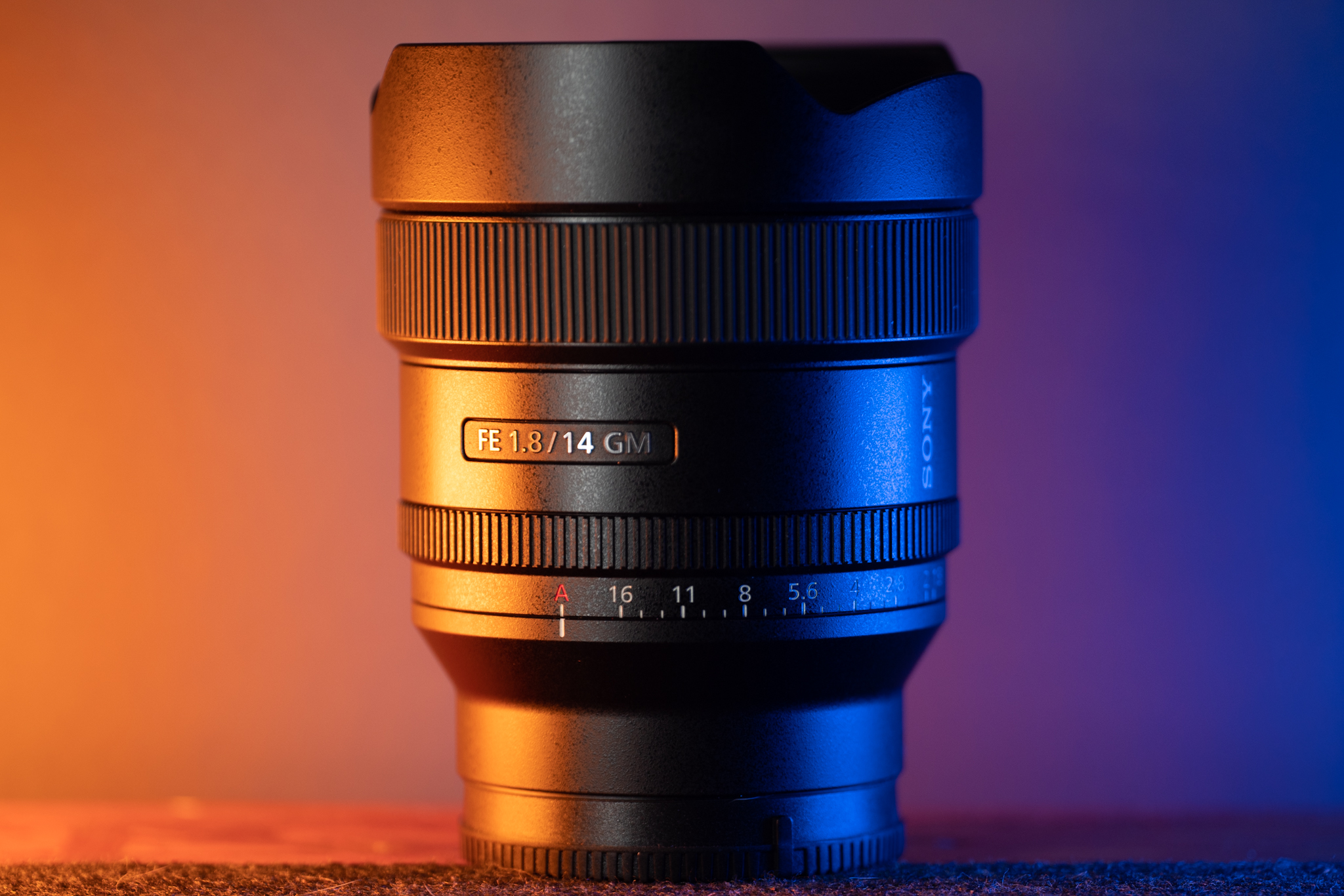 The first significant impression of this lens was that it is way smaller and lighter than one would expect. It comes in at just 460 grams. We know that most ultra-wide angle lenses wider than 16mm usually come in heavier forms, especially with apertures bigger than f/2.8. It does come with a bulbous XA front element, which has some implications in usability for landscape photography when using filters, along with extra-low dispersion glass elements in the assembly. The aperture assembly is made up of nine circular aperture blades. 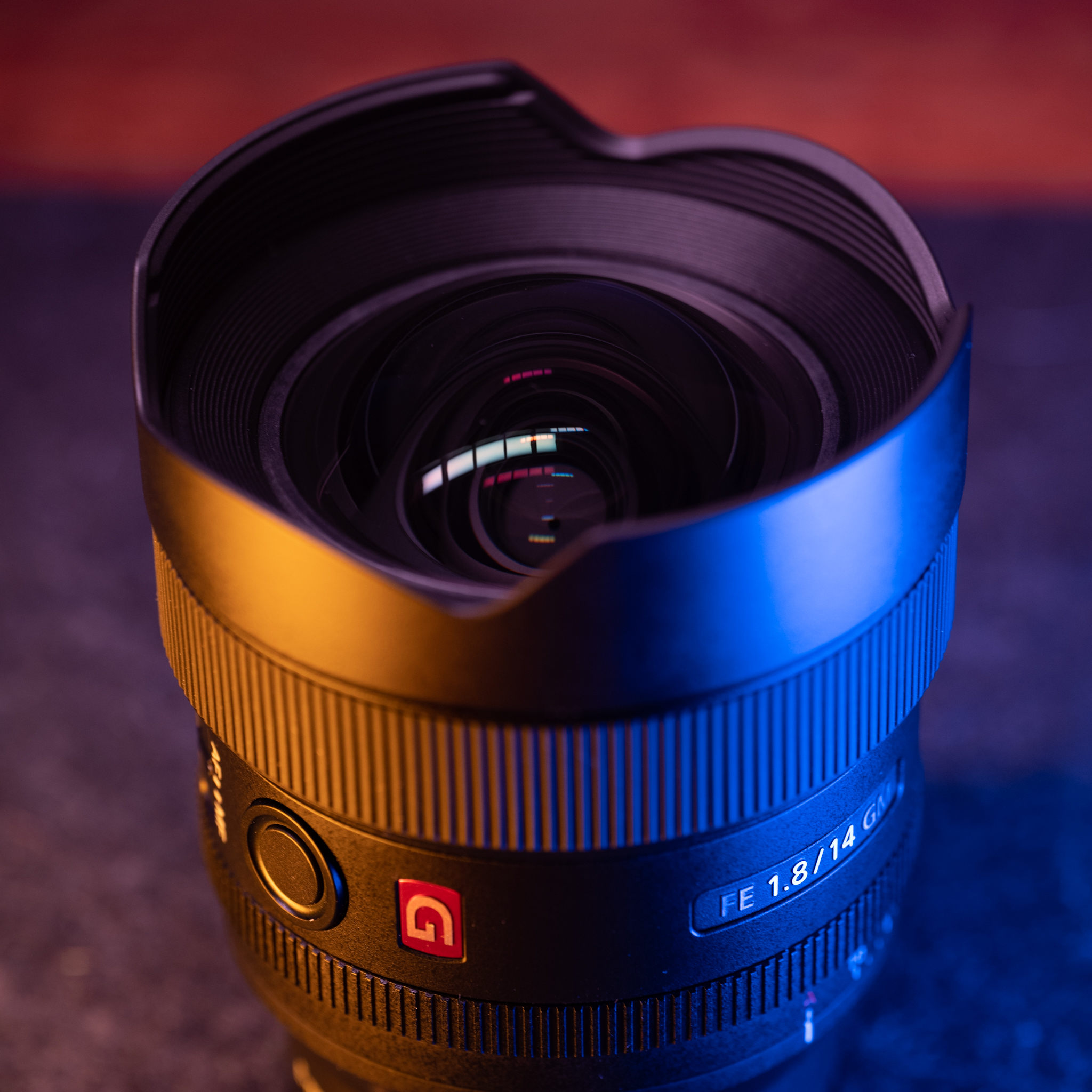 The manual focus ring can be found distally, right by the built-in hood that protects the protruding front glass element, while a second, thinner ring can be found proximally for manual aperture adjustments. This manual aperture ring covers the range of f/1.8 to f/16, along with an extra stop for Auto. An AF/MF switch can be found right beside the focus hold button. The focus hold button can be reprogrammed for other shortcuts, while on the opposite side is a click-control switch for the aperture ring. The mount assembly has a built-in rear filter slot for gel ND filters. 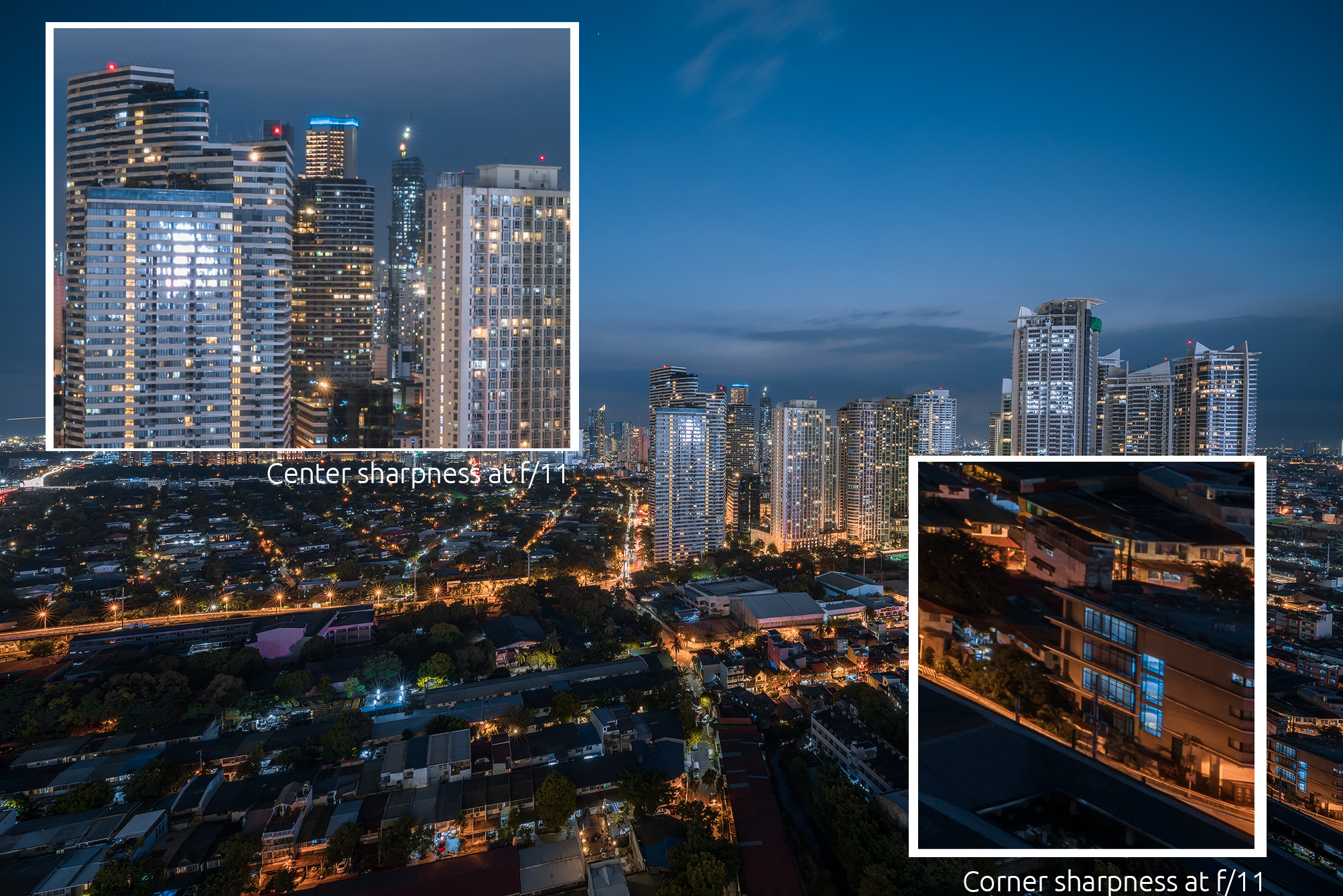 The Sony FE 14mm f/1.8 GM has an area of steady sharpness in the center which was quite consistent throughout the aperture range with just a slight decline at the f/16 end. Generally, the lens had the best corner-to-corner performance around f/8 to f/11. Nonetheless, overall, sharpness was never an issue in my opinion. Color fringing and chromatic aberration were quite impressively managed as well. 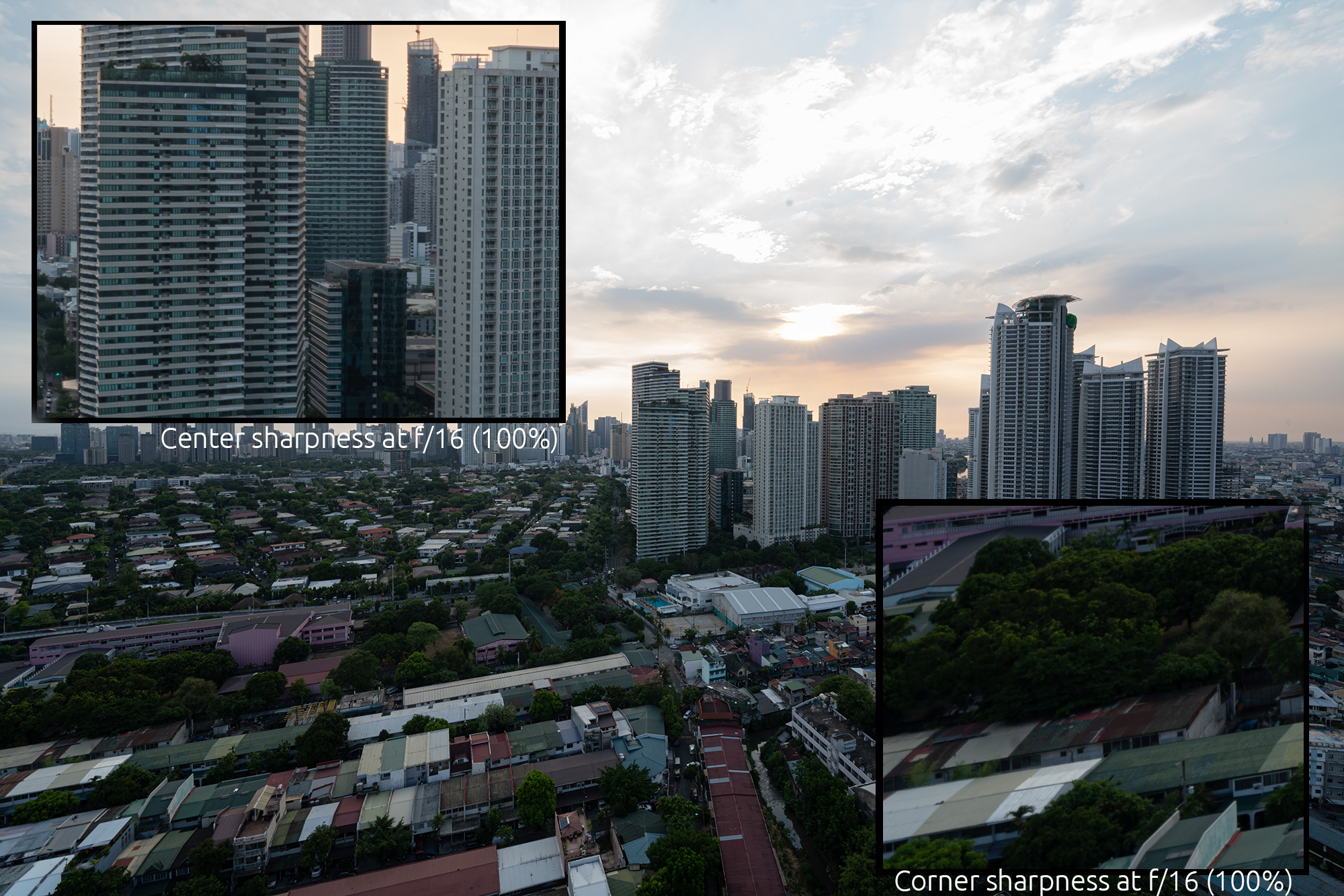 Looking at the images, there appears to be a visible but mild barrel-type distortion that can be seen on the outer 10% of the frame. Realistically, this type of distortion would be easily correctable in post-processing, even with just the embedded lens correction profile once available.

Though such a wide angle of view is not advisable for close-up portraits, the lens does come up with an impressively smooth background blur that creates good background separation from a subject up close. It’s also quite significant that the lens’ minimum focusing distance is just 0.25 meters, making it a good tool for close-up wide-angle images and good for focus-stacked landscapes. At f/1.8, there is a visible vignette that ultimately disappears at f/5.6.

Since the onset, it has always been an intriguing lens for shooting landscapes with the night sky. By the numbers alone, a lens as wide as 14mm would give a unique perspective to nighttime landscapes and would give the photographer the ability to produce cleaner sky details by being able to use lower ISO settings. However, thresholds for such matters vary among individual photographers. I personally want as little noise as possible in my images, which is why I shoot commonly at most ISO 1,600 when using a wide angle lens at f/2.8. The added benefit of having an f/1.8 opening allowed me to shoot at lower ISOs, giving me generally cleaner images. Technically, it would be acceptable to shoot even longer exposure times up to around 45 seconds to allow even lower ISO settings since such a wide angle of view wouldn’t have visible star trailing unless cropped significantly small. Such preference, however, is something that depends on the photographer using it, but I personally am convinced by the added benefit it has given to a 30-second exposure.

For landscape photographers who prefer prime lenses, this would be a convincing choice because of sharpness and chromatic aberration levels. One significant determinant, however, would be whether one would choose to use bigger format filters once a dedicated filter holder is available in the market or if they would consider using rear gel filters instead. One implication of the latter might be an increased risk of getting dust internally when switching between filter variants along with the obvious logistical hassle of having no front filter thread.

Given the very mild and easily correctable distortion, this could also be a good choice for shooting architecture and interiors as it delivers convincing image sharpness. It would also offer an interesting perspective in shooting environmental portraits and even video. The significantly light construction would offer benefits in shooting handheld from high angles, as well as with a motorized gimbal for video. The extra aperture stop would also give an additional edge for shooting events and concerts in low-light situations.

Overall the Sony FE 14mm f/1.8 G Master proves to be an impressive lens of its own class. With good optical performance, focusing, and low-light capabilities, it offers a multitude of possibilities in the hands of creative users.

You can purchase yours here.

The most important thing for me is how sharp the stars are in the corners with it wide open!! 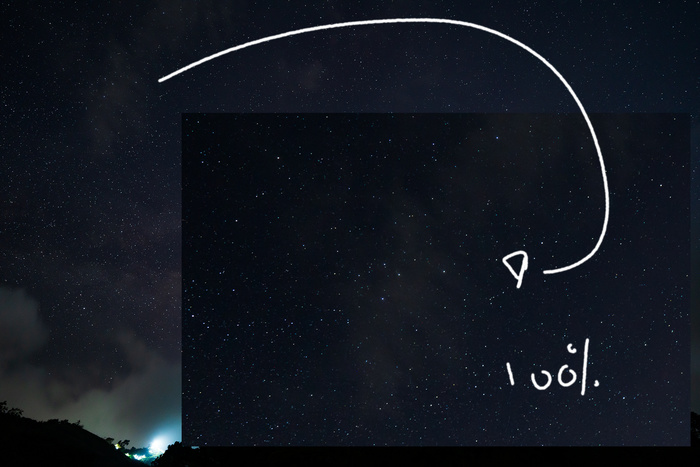 Thanks for the review!

Just a note that lowering the ISO with a Sony A7Riii does not result in less noise. The wider aperture is what is giving you less noise. The Sony A7Riii is ISO invariant from ISO 640 and upwards. So if you lowered your ISO to 500 you would actually end up with a lot more noise in your image, as the highest ISO values are better tuned for low light situations and pushing the signal further away from the noise floor. Any images from ISO 640 and upwards with the same shutter speed and aperture will have the same amount of noise.

I actually didnt know that. Thanks for that! Would you know if this applies to all other alpha full frames?

They all vary. For the A7iii and the A7Riii the second gain ISO kicks in at 640. For the A7Siii it's 1600. The best way to check without testing for yourself is a chart on photonstophotons of input-referred read noise vs ISO setting - https://www.photonstophotos.net/Charts/RN_e.htm

I have a video on YouTube explaining ISO invariance and why it's so useful. The definition of digital ISO has shifted in recent years and learning about ISO invariance is a game changer in how you approach ISO. Take the red pill and let me know how it feels :)

thanks for this, Alyn Wallace !

Alyn Wallace has the best tests of ISO Invariance and noise. But a point on shooting the stars use the NPF Rule and not the old 500 rule of 36s. The NPF rule is for a specific camera due to pixel height and distance between, Photopills app has done the math for you. You are using the A7Riii a 42MP camera which has smaller pixels so your SS should be faster default 13.36s or accurate 6.68s these will give pinpoint stars as seen at 100% if you do a large print. I use the A7iii a 24MP but to all get the March firmware and will solve the dove stars you see at 100% and of course the new June one. As far as vignetting Lr/Adobe Raw and Dxo profiles solves that in post. Wide angles are known for distortion like if a window or door is at the sides they will be wider than if at center, this causes pincushion distortion of stars being elongated in the corners, CaptureOne has a pincushion distortion correction if you want to see the effect. The original Rokinon 14mm f/2.8 was very bad as well as mustache at sides but Lr is the only to have a correction. A note all Sony lenses from the original 1635 and 1224 f/4 and new f/2.8's have always been perfect even the APS-C 1018 (1527) on full frame at 12mm. The Sigma 14mm f/1.8 had to be used at 2 or 2.8 due to distortion problems with stars.
Landscapers have always wanted an ultrawide to get more but side distortion always an issue. The best of this lens is not only more to the sides BUT things close and far are in perfect focus whereas the Sigma was very blurry with near subject requiring two shots and a blend. I mean even at 200 to 400% you will see city buildings and com towers 20 miles away clear sharp even ships at sea deck lights will show superstructure clear with lit windows clear with detail and that at a 1000 yards at night. With the clarity/sharpness comes pano stitching flawless even in Lr/PS or ON1 RAW. The 24 GM and 20 G are this good and the 14 G has followed greatly. The wider 1224 f/2.8 is also this great and at 12mm.
Two additional points a low ISO even at 100 helps with highlight detail and low noise but if bight building lights you may have to rase f/ for clearness of highlights
Lastly there are rear of lens filters available as well as clear night astro filter and now an external filter holder if so desired. Last two handheld scout shots. 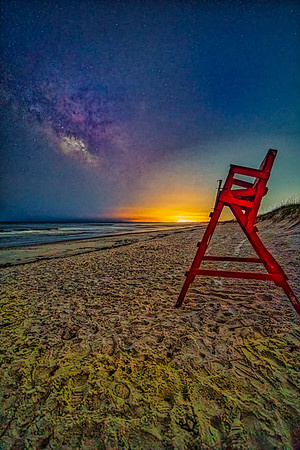 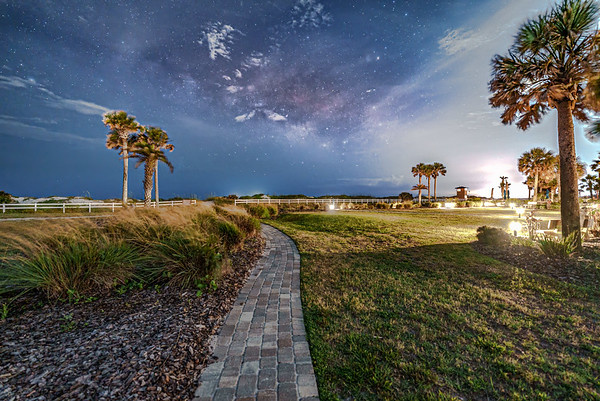 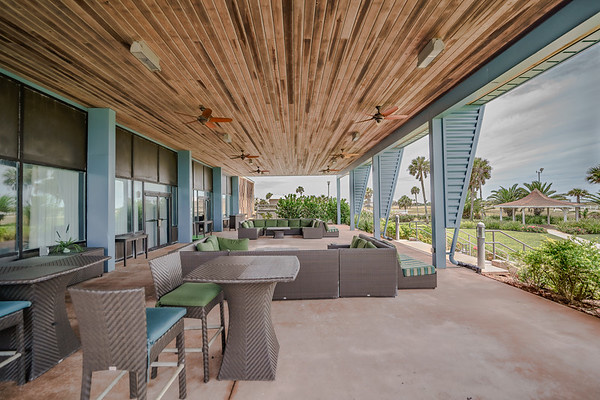 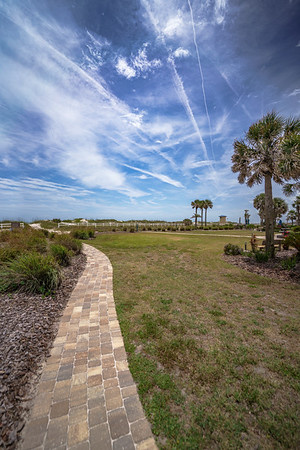 Thanks for all this info, Edwin! I'm no expert at astrophotography and I don't pretend to be. (I even avoided the term in the article) I shoot landscapes with the night sky but not with the meticulousness of astrophotographers. That's a genre I long to master one day. This is actually a general lens review but it would have been severely lacking without anything about shooting the night sky. But yes, thank you for all the input, it's good to see what others would do with this lens. Great photos, too!