Jason Miller works as the Global Content Marketing Leader at LinkedIn by day, but is somewhat of a rock 'n' roll photographer by night. With an extensive portfolio consisting of the likes of Marilyn Manson, Foo Fighters, and KISS, Fstoppers chatted to Miller to get his thoughts on working as a semi-pro photographer, and how he balances his day job with his passion for photography by night.

Miller is a live music photographer with over 12 years previous experience working in the music industry. Whilst writing for a local weekly paper in Dallas, he moved to San Francisco, and continued to contribute to the publication. It was here he was offered a photo pass for the first time to cover a gig with a band by the name of Mötley Crüe. Having never tried his hand at photography before, Miller purchased his first DSLR that very same night. It was a Nikon D3200 which, although he describes as a “fantastic” camera, by his own admission is one that is “not ideal for concert photography.” Renting lenses and staying up through the night to research live photography on the Internet, Miller was unaware this was the beginning of a new obsession. Screwing up his images from that gig, he vowed to master low light photography.

His credits include some of the biggest names in rock so, naturally, I had to pick his brain for any live music anecdotes. Miller tells me of a time in a poorly-lit venue where, much to his surprise, he ended up capturing one of his favorite photos to date. At the exact moment he raised his camera, a female in the audience held up an iPhone with her flash on. Describing the incident as “borrowing her flash,” he says it lit his portrait up beautifully, and is one of his most noted pictures to date.

I was interested to hear more about the life of a semi-pro photographer; that is, someone who works a full-time position outside of the creative industry, instead choosing to keep photography as a hobby. Miller tells me that he aims to shoot one gig a week, although often can’t help but get involved in three or four in the same timeframe. He also takes part in the Monsters of Rock cruise in Florida, which for those that don’t know, includes seven constant days of shooting.

How does Miller juggle leading the social content marketing team for LinkedIn with shooting several late-night gigs a week, atop his own family commitments? "There is no balance — you have to just want it, you have to love it, have a passion for it," said Miller. "If you have a passion, it’ll come naturally. You’ll want to get the work done"

Dropping hints about how he has reduced the time taken to get through his workload on a school night, Miller laughs as he quotes an old saying, “spray and pray,” a term which references firing off a bunch of shots and hoping for the best. These days, he researches his musical subjects beforehand, and usually has an idea of where in his collection of shots the best images lie before even uploading them to a computer.

As someone who consciously chooses to remain semi-pro, I queried if Miller would ever consider going full-time. The short answer? No. He says that his first passion is music, and the photography follows. He describes shooting live music as “therapy” away from his day job. Of his experience in the pit, Miller details how he “can’t think about anything but the camera, settings, and who [he's] shooting." He continues, "There’s so much going on around you that you almost forget about everything. Sometimes I don’t even remember what the [first three] songs were.” 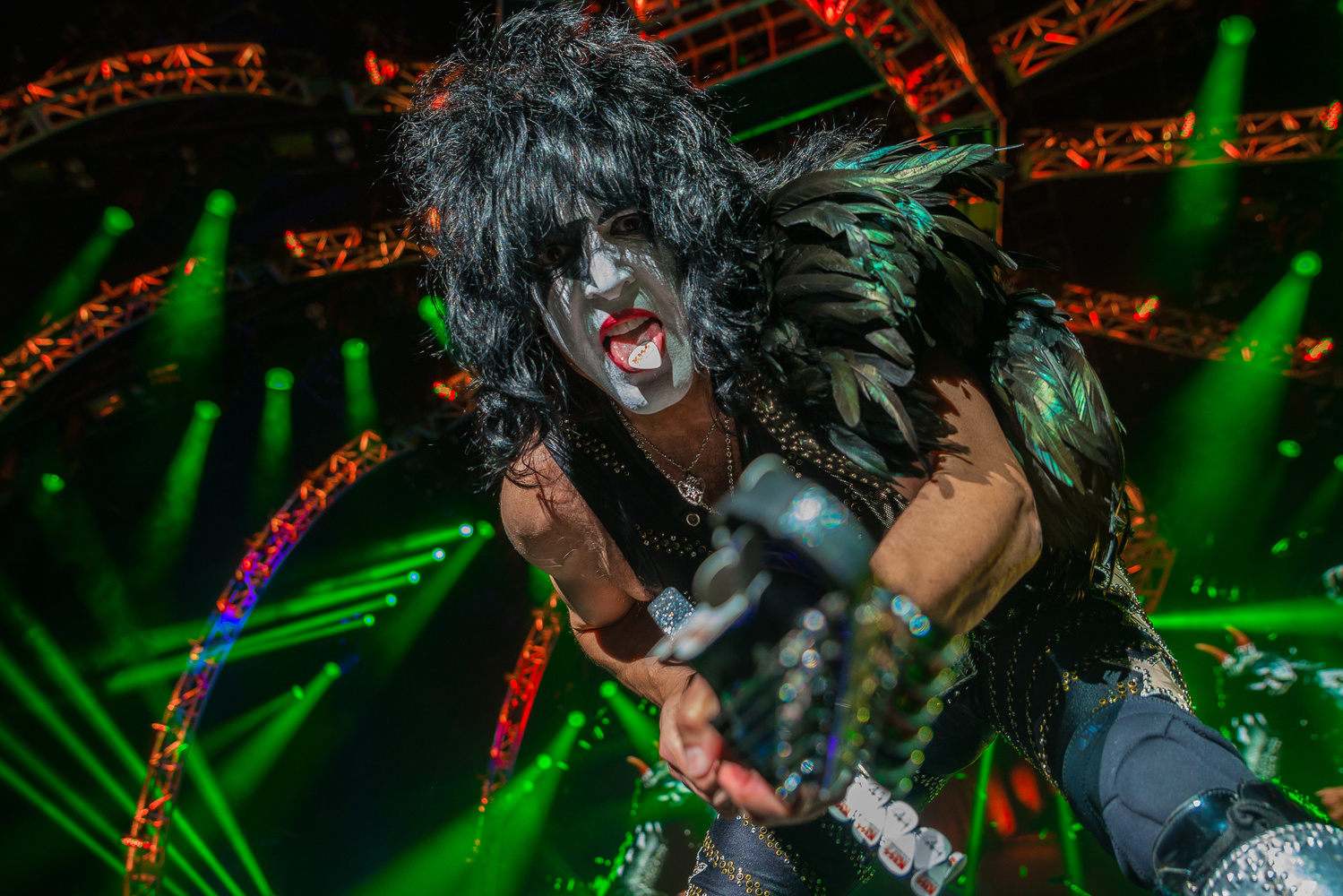 He also thinks it's important to have what he describes as a “passion project” away from whatever it is you do professionally. “If you don’t, I think there’s a void and it probably shows in everything you do.”

As for any overlap between his job and his passion, Miller is armed with knowledge about social media and the importance of presenting yourself online. Many photographers, he says, assemble a portfolio online and expect it to be enough. Working at LinkedIn has taught him how to translate his skills into an digital profile, strategically laying out his profile in order to maximize the ways in which he can be found and optimizing his presence; “Certain key words, application triggers, different ways of showcasing my work in a unique way.” 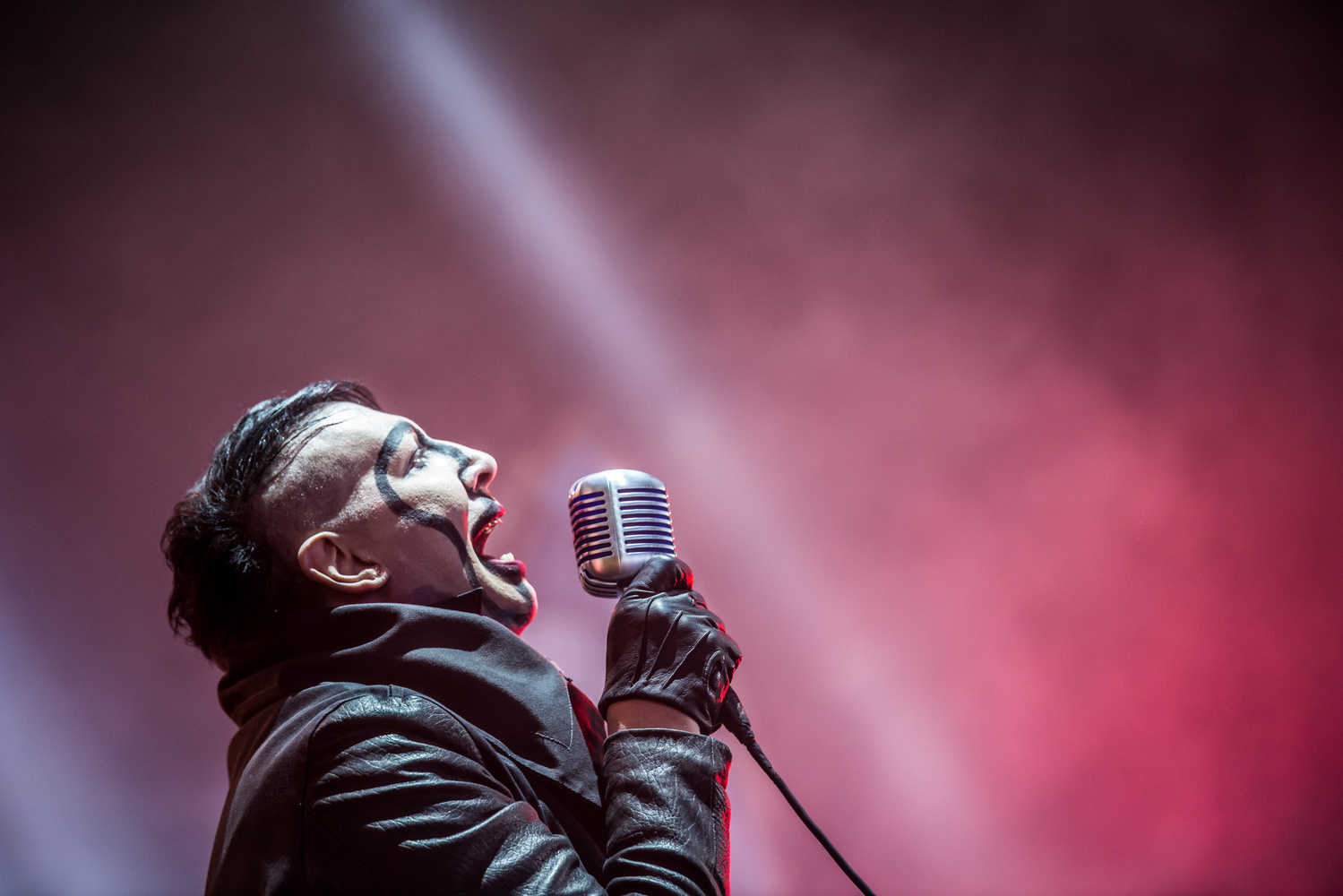 Miller believes that being a photographer in the modern era is somewhat a hybrid role. There’s a new type of photographer emerging — one that he calls the “one man band.” A photographer that goes further than just taking and uploading images, but rather looks for further ways to promote their work, such as writing articles. Referencing the Monsters of Rock cruise, he points out that in order to stand out from 30 other live music photographers, he writes articles about his experiences and favorite images, which he says “gives [him] the extra edge to outrank these folks when it comes to SEO.”

"A lot of [concert] photographers tend to discount LinkedIn and don’t have a presence or a link on their portfolio — it’s a missed opportunity. When you search on LinkedIn for a photographer — or Bing or Google — that LinkedIn profile is your key to being on the first page," said Miller.

See more of Jason Miller’s work over at his website.

Are you full-time or semi-pro photographer? Are you passionate about photography but don’t wish to pursue it full time? Let us know why below.

All images have been used with permission. 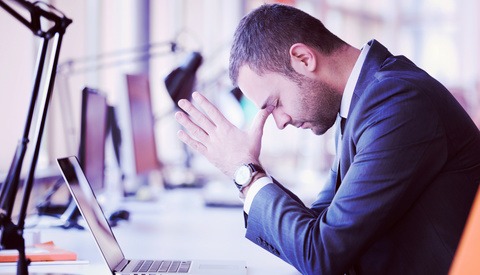 Business / November 27, 2019
4 Marketing Mistakes I Made in Photography

Business / July 19, 2017
What to Do When Your Image Goes Viral on the Internet

Business / March 22, 2017
As Billboard Magazine Unveil iPhone Cover, We Ask What It Means For Our Changing Industry

Where Art Meets Architecture 3 How To Photograph Hotels, Resorts, and the Business of Commercial Architectural Photography
With Mike Kelley
$299.99
$179.99
Log in or register to post comments

Pretty much the same story for me. Working full time in sales at a camera retail store chain here in Stockholm, Sweden, whilst also doing a lot of freelance work as a rock photographer at night. Sure would like to see myself getting more/all my income from behind the camera, but in this day and age, that's a stretch.

Jason's description of being in the photo pit absolutely resonates with me. I can't count how many times after a gig friends ask me if it was a good set. My answer? "I've no friggin' idea, dude!". I get lost in time when crouching in front of the stage, trying to get every angle and capturing those fleeting moments in time that'll never come again.

I've put on shows and/or taken photos of them since I was 13, and I've got no plans on stopping any time soon. Mostly, I cover rock/metal gigs for www.rockbladet.se, but hopefully I'm now moving into rap/hiphop territory, too, which should bring on a a much wanted change of scenery and mood. In rap, I'm going to have to change my way of thinking, focusing more on facial expressions, body language and the interaction with the crowd. First up in front of my trusty Canon80D: KRS-One. #woopwoop

Want to see my work? Head on over to www.instagram.com/madcappiktures

Semi-pro. I'll have to consider that. My profession is developing web and computer applications, But I also enjoy photography. It is a creative release for me from work.

I would like to pursue it full time, but if I had a chance to be an Art Director or Filmmaker I'd take those over being a full time photographer honestly. It would depend on the opportunities that come my way that would steer my path. I would like to be a full time photographer but with the constant competition and ease in technical and creative know how in photography, its more difficult than other areas like Art Direction and being a filmmaker.